CDMO AGC Bio has picked up a second site in Colorado, buying a cell and gene therapy facility in Longmont from Novartis.

The 622,000 square-foot facility in Longmont â€“ north of Denver, Colorado â€“ will become part of AGC Biologicsâ€™ ever-growing manufacturing footprint, and will go hand-in-hand with its cell and gene therapy site in Milan, Italy, added through the â‚¬240 million ($284 million) acquisition of Molmed last year. 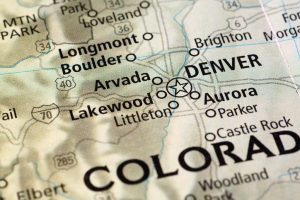 Financial details have not been divulged but AGC has said it hopes to hire a significant percentage of the 400 Novartis staff at the site.

The Longmont plant has seen a rapid turnover of owners over the past few years.

Amgen once used the plant to produce drug substance for its blockbuster biologics Epogen (Epoetin) alfa and Aranesp (darbepoetin alfa).

But in October 2016, AstraZeneca acquired the plant for an undisclosed fee, with plans to use the site â€“ together with the nearby LakeCentre facility in Boulder, also bought from Amgen,Â albeit two years priorÂ â€“ to support its biomanufacturing ambitions.

However,Â an operational restructure in 2019Â saw AstraZeneca offload both Colorado sites in efforts to consolidate its biomanufacturing operations at its Frederick, Maryland site.

The Boulder plant was picked up by AGC Biologics for around $100 million inÂ June 2020, while Novartis bought the Longmont plant to support its then lead candidate Zolgensma (onasemnogene abeparvovec-xioi1), added to its pipeline through the acquisition of AveXis.

But in March this year, Novartis unexpectedly announced plans to shutter the plant before production had even begun, citing changing gene therapy capacity needs.