Agilent Technologies says it hopes to bring in $200 million in oligonucleotide revenues as it ramps up capacity to serve the growing RNAi sector.

Agilent Technologies gained a nucleic acid active pharmaceutical ingredients (API) manufacturing base in Frederick, near Boulder, Colorado, in 2006 when it acquired SynPro Corp. In 2016, the life sciences technology and services firm announced plans to double its oligonucleotide capacity through a new $120 million (â‚¬108 million) facility at the site.

At the Evercore ISI HealthCONx Conference last week, management said the investment had been made because it was seeing more demand for oligonucleotides from its pharma customers developing RNA-based therapeutics than it had the ability to provide, and that while the first revenues from the expansion are being realized, the firm plans to ramp up capacity over the next two years. 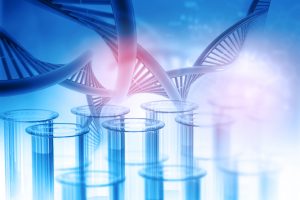 For the fiscal year 2019 (ending September 30), the oligo business pulled in sales of around $100 million, up from about $80 million the year prior. And now the facility in Colorado â€śeffectively has the capability to double that capacity from roughly $100 million to $200 million,â€ť CFO Robert McMahon told investors.

â€śThat’s going to ramp up over the course of FY 2020, and people have estimated that could be roughly a $50 million incremental. And we would say that that’s in the ballpark which would suggest that FY 2021 there would be another opportunity as you get that capacity fully onboard.

â€śThe question is the size or the slope of the ramp in the 4% to 5%. It’s not for lack of demand from a customer standpoint. It’s just getting that facility up and running is something that we want to make sure that we’re doing it in a high-quality way.â€ť

According to McMahon, the facility has been built to allow incremental ramp up with â€śall of the piping and raw material requirements actually builtâ€ť allowing multiple manufacturing lines to be added depending on demand.

â€śIf you look at the clinical pipeline today of RNA-based therapeutics, it’s never been richer. Our $100 million of revenue is effectively all clinical trial demand.â€ť

â€śTheir targeted therapeutics are orphan drugs so the population is actually not a broad population,â€ť McMahon said. â€śThe demand for those commercial quantities is not that great.â€ť

â€śBut what it does speak to is the effectiveness of RNA-based therapeutics getting through FDA. And so you’ve got some that are in the pipeline that have broader populations of opportunity which would actually dramatically increase the commercial demand.â€ť

Agilent also makes inclisiran, a Phase III RNAi cholesterol candidate targeting PCSK9 being developed by the Medicines Co; a firm set to be acquired by Novartis for $9.7 billion.

As RNAi therapies advance through the clinic, Agilent will decide whether to invest further in its oligo capacity, McMahon said.