With facilities set to come online in California and Maryland, Allogene and Regenxbio respectively are the latest advanced therapy firms to laud the advantages of inhouse production.

Allogene launched in 2018 with backing from Pfizer and has progressively been developing its AlloCAR T allogeneic, or off-the-shelf, chimeric antigen receptor (CAR) T-cell therapies. Its lead candidate is ALLO-501A looking to move into Phase II studies for Non-Hodgkin Lymphoma later this year.

The company hopes to support the trial and beyond through a 118,000 square-foot facility in Newark, California, which is on track to open before the yearŌĆÖs end. 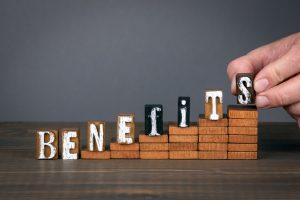 When the plant was commissioned in 2019, Allogene told us controlling its own operations is critical in its strategy as manufacturing is a key differentiator in the cell therapy space.

Chang added detail on the recent financial call, telling investors: ŌĆ£We believe producing our AlloCAR-T therapies at Cell Forge 1, our state of the art manufacturing facility in Newark, California will allow us to scale production, control costs and equally importantly continually improve and enhance the quality of the hospice.ŌĆØ

Regenxbio, meanwhile, with several gene therapy candidates in early-phase clinical trials also announced in 2019 it was building an adeno-associated viral (AAV) vector facility as part of its 132,000 square-foot headquarters in Rockville, Maryland.

At the time, the firm said the plant ŌĆ£will allow us to more efficiently advance our development programs from research stage to the clinic and ultimately to patients, while ensuring manufacturing capacity availability,ŌĆØ referencing the AAV supply-demand disparity in the industry.

CEO Ken Mills said last week the soon-to-be plant will integrate RegenxbioŌĆÖs ŌĆ£in-house production capabilities with our external suppliers to meet the clinical and commercial supply needs across all of our programs.ŌĆØ

The comments from Allogene and Regenxbio are the latest in a long line of advanced therapy firms which have praised having inhouse capabilities.

Tenaya Therapeutics recently told us having its own AAV production capabilities ŌĆ£gives us the ability to purposefully scale-out and to scale-up capacity in a measured way as our pipeline matures and our manufacturing needs evolve.ŌĆØ

And in January, Adverum said the scarcity of AAV capacity drove an $80 million investment in Durham, North Carolina.

And before this, cell therapy firms including┬ĀAdaptImmune┬Āand┬ĀIovance┬Āhave vocalized the merits of inhouse manufacturing, while the likes of┬ĀPfizer┬Āand┬ĀAstellas┬Āhave made significant investments in their own gene therapy facilities.