The US Biomedical Advanced Research and Development Authority (BARDA) has exercised a second option in its smallpox vaccine contract with Bavarian Nordic.

In September 2017, the US government’s Biomedical Advanced Research and Development Authority (BARDA) awarded Danish vaccine manufacturer Bavarian Nordic contract for the manufacturing and storage of its smallpox vaccine worth upwards of $539 million (€474 million).

To support the agreement, BARDA exercised an option in 2017 to cover development costs associated with the Phase III study of the freeze-dried MVA-BN smallpox vaccine – known as Imvamune in Europe, where it is already approved – and is now exercising a second option under the contract worth $44 million. 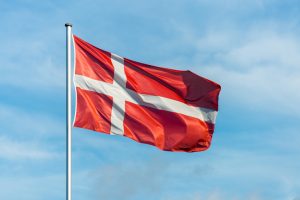 “The money we just received from the US government will primarily be used for validation of the filling line we are currently building in connection with our large scale multi-purpose manufacturing site in Denmark,” a spokesperson from Bavarian Nordic told this publication.

Plans for the $75 million fill & finish plant in Kvistgaard were announced at the same time Bavarian Nordic struck a deal with BARDA, and it is expected to come online in 2021 when the firm will begin converting the bulk substance into freeze-dried doses.

The vaccine is based on Bavarian Nordic’s vaccine platform technology, which uses the inability of its Modified Vaccinia Ankara (MVA) virus to replicate in a vaccinated individual, in contrast to the original smallpox vaccines. Currently fill and finish operations are carried out by a third party.

The option comes six months after Bavarian Nordic secured a €30 million ($34 million) loan from the European Investment Bank (EIB). At the time, the loan was expected to support construction of the fill and finish plant.

“The EIB loan received in August has not been drawn yet and is at this point meant as a financial flexibility,” the company told us.