Biotimize has opened a $30 million Series A funding round and says the investment will allow the firm to build the first biological CDMO in Brazil.

Biotimize, a growth-stage biotechnology as a service (BaaS) firm, claims its fundraising round – if successful – will enable it to build the first biological contract development manufacturing organization (CDMO) facility in Brazil, which they claim will make it the first end-to-end biological CDMO in South America.

The city of Piracicaba (about 100km northwest of Sao Paulo) has donated 32,000 square-foot of land to Biotimize, and the firm says it is negotiating various partnerships with equipment suppliers, training organizations, and active pharmaceutical ingredients characterization centers. 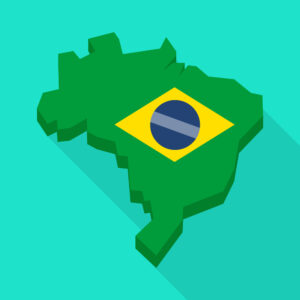 â€śThe facility (all single-use) will be designed to work with mammalian cells for the production of recombinant proteins,Â monoclonal antibodies, and biosimilars,â€ť Fernando Barbosa, CEO of Biotimize, told BioProcess Insider.

According to the firm, Brazilian start-up companies, medium to large scale firms, and universities are facing extensive challenges in being able to develop biological APIs. In turn, this has affected the amount of biopharmaceutical products being launched in Brazil with a â€śsub-optimal biological manufacturing capacity,â€ť and an absence of CDMOs in the country.

In an attempt to change the discouraging biopharmaceutical situation in Brazil, the Brazilian government has introduced numerous industrial incentives . Additionally, the Brazilian Health Regulatory Agency is also enforcing â€śstrictâ€ť following of the International Council for Harmonization (ICH) guidelines.

He continued: â€śrecently, the Brazilian government updated the Innovation Law, which goal is to stimulate partnerships between public research institutes and private companies. In 2021, it was launched the Brasil-Biotech Initiative, which structures actions that will contribute to the National Policy for Research, Development, and Innovation (R, D&I) in biotechnology, in addition to creating, integrating, and strengthening governmental actions in the area, focusing on the promotion of science and innovation, and on the economic and social development.

Moreover, one of the most important Brazilian initiatives is the Partnership for Productive Development (PDP). Its main objective is to encourage the development of national biopharmaceutics to reduce the costs of acquiring medicines and health products that are currently imported or that represent a high cost for the Unified Health System (SUS).â€ť

To further expand the Brazilâ€™s biotech reach, Barbosa told us that Biotimize will â€śfor sureâ€ť allow foreign companies to utilize the market through the CDMO and that it â€świll work to get the GMP certification both from Food and Drug Agency (FDA) and European Markets Agency (EMA) as well [as] the Brazilian Health Regulatory Agency (Anvisa).â€ť