Correction November 17: The original headline suggested Catalet was mothballing both the Oxford and Princeton site. While this is the case for the Oxford site, it is only the expanson at Princeton that is on hold and it continues to operate.

Catalent expanded its manufacturing footprint in April this year after acquiring the 74,000 square-foot Vaccine Manufacturing & Innovation Centre (VMIC) near Oxford from the UK Government for an undisclosed fee. The contract development and manufacturing organization (CDMO) also pledged to invest up to $160 million in the facility going forward.

However, changing industry dynamics driven by lower COVID-19 related product demand has led the firm to mothball the site, according to a Catalent spokesperson. 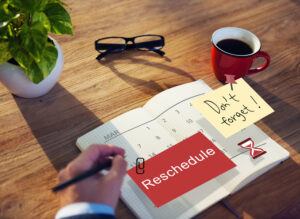 ŌĆ£To ensure that Catalent continues to operate efficiently and sustainably, the company has decided to reduce and delay some of its capital expenditure projects,ŌĆØ BioProcess Insider was told.

The hold on the capacity expenditure (CAPEX) project was alluded to in CatalentŌĆÖs first quarter FY23 call earlier this month, along with a delay in bringing online a 30,900 square-foot cell therapy expansion in Princeton, New Jersey, after the firm acquired the site from Erytech Pharma for $44.5 million earlier this year.

ŌĆ£Given the current macroeconomic environment, our assessment is the capacity that we have is more than enough for the runway that we have in front of us for the next several quarters,ŌĆØ CEO Alessandro Maselli told stakeholders.

He referred to the decision to delay both Oxford and Princeton as ŌĆ£a rephasingŌĆØ in order to ŌĆ£keep our utilization rates at reasonable levels to continue to drive margin and cash flow.ŌĆØ

Castellano said on the call both Oxford and the Princeton expansion ŌĆ£are now expected to come online during fiscal 2024 and contribute revenue in that period versus in the current fiscal year.ŌĆØ