Celltrion has confirmed it will build a biosimilars plant in China and may merge its healthcare and pharma units.

A spokesman told Bioprocess Insider: â€śCelltrion plans to build a plant in China in a move to directly advance into the worldâ€™s second-largest biopharmaceutical market. Celltrion signed a business agreement with the city government of Wuhan and the provincial government of Hubei Province on 20 January 2020.

â€śThe companyâ€™s business roadmap centers on building a plant with a production capacity of 120,000 liters in China to boost capacity amid rising demand. The plant will not only manufacture biopharmaceutical products but also include CMO business,â€ť he added. 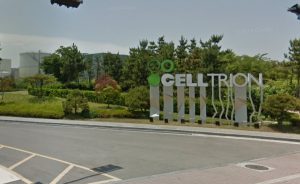 The spokesman went on to say that â€śCelltrion will eventually also set up its sales and manufacturing infrastructure in China and a portfolio of 16 products tailored for the Chinese market will be set up by 2030.

Celltrion Healthcare, the firmâ€™s distribution arm, has applied for a further extension to the marketing authorization to include inflammatory bowel disease.

This EU decision is expected in mid-2020.

According to a regulatory filing published last Friday (here in Korean), the firm is conducting an internal review to assess such a merger.

According to the Pulse newswire, Seo shared the possibility of a merger at the JP Morgan conference.

He told delegates such a move would create synergy by integrating development, production and distribution.

According to a company statement the tech â€“ the Antibody Delivery Enhancing Domain (ADED) â€“ is designed to increase the delivery efficiency of antibody-drug conjugates and their cell penetration.

Celltrion partnered with ADED developer iProgen Biotech last year. At the time the firm said the plan was to develop novel ADCs against validated antibody targets, including HER2 and CD20.