Core Biogenesis has completed a $10.5 million Series A funding round, which will be used to build a plant-based bioproduction facility.

The site will be located in Strasbourg, France and the firm said it will be dedicated to manufacturing growth factors and cytokines for the cell therapy space and cellular agricultural industry and will launch early next year.

The firm claims it has developed a technology platform that can express recombinant proteins from the seeds of a Camelina sativa oilseed plant. 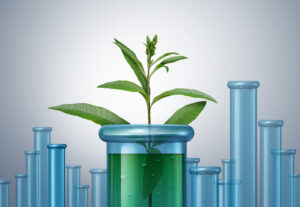 â€śA robust oilseed crop, Camelina sativa, can be engineered to generate a stable seed line for a recombinant protein, such as a growth factor,â€ť a spokesperson for the firm told us.

â€śThey plant these crops on a farm and grow them as any other crop – to produce seeds. In their case, the seeds express recombinant proteins. When the plants produce seeds, the seeds are harvested from the farm and the recombinant protein is recovered from the seeds through a mechanical grinding, centrifugation, and simple purification process. This platform has incredible scalability. For example, a 1-hectare farm is the equivalent growth factor capacity of a 10,000 L traditional bioreactor.â€ť

While the firm’s molecular farming platform can be used to express recombinant growth factors for therapeutics and cultivated meat, Core Biologics says that its focus is to respond to the intricate and high costs of next-generation therapeutic modalities, like cell therapies.

Additionally, the spokesperson said the advantages of using a plant-based production systems is that there are â€ślower cost process, no risk of viral or endotoxin contamination (since the process is animal-free), high levels of bioactivity in the resultant proteins, and the entire process is carbon negative.â€ť

The funding will also be used to hire additional members of staff to support the expansion and Core Biogenesis said the location means while there is much competition in the space, â€śthere is no shortage of scientists.â€ť