Another $1bn+ investment boost, this time at sites in Denmark and Texas, will push Fujifilm Diosynth Biotechnologies into the top tier of CDMOs based on cell culture capacity.

The $1.6 billion will be used to expand cell culture manufacturing capabilities at contract development and manufacturing organization (CDMO) Fujifilmâ€™s HillerĂ¸d facility in Denmark and across the Atlantic at its single-use campus in College Station, Texas.

â€śCurrently, the market for antibody drugs is expected to grow at an annual rate of over 10%. We see healthy pipeline of products that will need access to this level of capacity in the coming years,â€ť Fujifilm spokeswoman Christine Jackman told Bioprocess Insider. 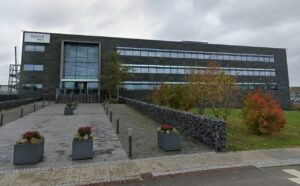 â€śTo meet these needs, Fujifilm is increasing the production capacity of antibody drugs by strengthening the large-scale production facilities that supports batch production methods and the deployment of the continuous production system.â€ť

The HillerĂ¸d site â€“ acquired from Biogen in 2019 for $890 million and already undergoing a $928 million expansion to add 120,000 L of stainless-steel mammalian capacity â€“ will undergo an expansion to add a further 8 x 20,000L bioreactors and two downstream processing streams. When operational in 2026, the site will boast 400,000 L of bioreactor capacity making it the largest CDMO in Europe.

When these CAPEX projects are complete, Fujifilm Diosynth will quadruple its current global mammalian capacity from 143,150 L to 591,650 L. The CDMOâ€™s current microbial capacity is 16,450 L but this will grow to 20,420 L once previously announced microbial expansions are completed.

As such, the firm will be among the top pure-play CDMOs based on bioreactor capacity, alongside Lonza, Samsung Biologics, and WuXi Biologics â€“ all of which are undertaking their own expansion projects.

â€śFujifilm has strategically and successfully diversified its business and sees healthcare as a key growth pillar for the future, with bio-CDMO as a core focus,â€ť Jackman said.

â€śFor Fujifilm Diosynth Biotechnologies, our aim is to position ourselves as a CDMO that is agile and has the ability to provide long-term support to our customers in the biopharmaceutical industry across a full range of modalities, complex processes, and manufacturing scales to deliver tomorrowâ€™s medicines.â€ť