Earlier this month, the US government handed Novavax ŌĆō a firm with no approved products ŌĆō $1.6 billion to progress the development of its vaccine candidate NVXŌĆæCoV2373 against the novel coronavirus (SARS-CoV-2). Until a $2 billion deal was struck this week with Pfizer/BioNTech, the funding was the largest under the Operation Warp Speed program, aimed at accelerating the development and supply of COVID-19 vaccines.

At the time, Novavax said the money would be used to support upcoming Phase III trials and to establish scale-up manufacturing capacity to deliver 100 million doses by the end of the year. 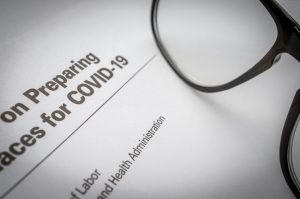 And now a deal has been signed with contract development and manufacturing organization (CDMO) FDB to produce bulk drug substance for NVX-CoV2373 from its site in Morrisville, North Carolina.

ŌĆ£The batches produced at the FDB site in North Carolina will be utilized in a future pivotal Phase III clinical trial of up to 30,000 subjects which is expected to begin in the fall of 2020 and which will determine the safety and efficacy of NVX-CoV2373.ŌĆØ

The Morrisville site will also be subject to an inspection by President Donald Trump himself next week, abcNews reported.

ŌĆ£We are obviously excited to host the president and to take him through what we do here and have him see what is going on in the manufacture of a vaccine like this,ŌĆØ FDB CEO Martin Meeson told the news channel. ŌĆ£To be involved in that is extremely motivating and exciting for the staff here.ŌĆØ

FDB adds to the increasing amount of vaccine production capacity available to Novavax for the COVID-19 candidate. Fellow CDMOŌĆÖs AGC Biologics, the Polypeptide Group, and Emergent Biosolutions are also signed up to the NVX-CoV2373 project.