The single-use production system is capable of making both critical reagent grade – for research – and cGMP grade pDNA in quantities ranging from 1g to 50g. It can manufacture smaller quantities for R&D. 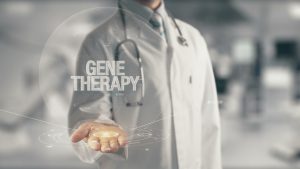 “Whether our clients need pDNA for early pre-clinical work or for advanced commercial efforts, our team will ensure a cost-effective and robust supply of high-quality plasmids that align with the regulatory expectations across a product’s lifecycle.”

Cytovance was acquired by Hepalink USA and its parent company Shenzhen Hepalink Pharmaceutical Co in 2015 in a $205.6 million (€185 million) deal with former backer Great Point Partners.

At the time of the acquisition Hepalink said it plans to expand Cytovance’s offering by adding microbial fermenters and mammalian reactors as well as analytical and process development capabilities.

And Hepalink appears to be sticking to that plan. Speaking at Bio in June, McCool told attendees that Cytovance’s offering has expanded significantly under Hepalink’s ownership.

“We were purchased in 2015 by a larger parent company and the investment and expansion since that time has been very rapid” he said, explaining that the firm had followed a three-year expansion plan based on assessment of trends in the market and competitors.

McCool said the firm has invested about $36 million in technology and new capabilities, adding: “We looked at what we thought were gaps in our services and just really aimed at really filling those gaps.”

Precise estimates of the size of the current pDNA manufacturing market are hard to come by.

This is roughly in line with analysis by Grand View Research which suggests global viral vector & plasmid DNA manufacturing market was worth $270.2 million in 2017 and is growing at around 13% a year.

Research by CoherentMarketInsights indicates that alone the plasmid DNA production market was worth $65 million in 2017, and is growing at 23.7%.

But while there is disagreement about market size, most observers agree demand for plasmid DNA services is increasing.

Last November, the US National Institute for Innovation in Manufacturing Biopharmaceuticals highlighted plasmid DNA production as an opportunity for technology developers.

The authors wrote that “plasmid production is commonly done by recombinant E. coli fermentation, during which the appropriate genetic sequences are amplified and then harvested, purified, and tested for safety.

“There are significant issues with lot-to-lot consistency in the fermentation, and large lot-to-lot variability in yield and purity of the resulting product, which needs to be greater than 95 percent pure plasmid DNA, free of process-related impurities and variants.

“In some cases, viral vectors have small payloads, e.g., adeno-associated virus (AAV), which may necessitate other vectors, including lentiviruses, which pose human health concerns. Thus, removing such concerns through vector engineering is necessary.”

Gene therapy sector desire to minimize viral vector use by replacing them with plasmids was also highlighted as a trend in a recent article in Nature.