Rentschler will expand production capacity at its Laupheim, Germany facility to support the increasing demand for complex antibodies.

A report published by vfa bio and Boston Consulting Group assessing the state of biotech in Germany revealed the country is falling behind in production capacity when compared globally to others. ┬Āto other countries.

ŌĆ£While companies in the US, South Korea, Ireland, and Switzerland have expanded their production facilities in the last three years, there has been no growth at all in Germany,ŌĆØ Cora Kaiser, a spokeswoman from Rentschler Biopharma told BioProcess Insider. 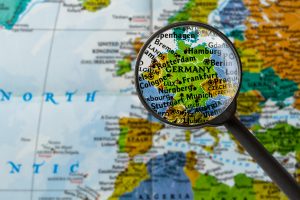 ŌĆ£One reason for Germany’s falling behind is undoubtedly the tax framework, which plays a key role in such major investments. Compared with Singapore and South Korea, but also with some European countries such as Switzerland, Ireland or Austria, Germany is not competitive in this respect.ŌĆØ

Ireland, for example, has a history of wooing the biopharma sector through tax incentives and government support. Similarly, Asian companies including Singapore and South Korea have seen huge biomanufatcuring investments over the past 10 years due in part to their business schemes.

With this in mind, the contract development manufacturing organization (CDMO) has decided to add a 2,000 L bioreactor to its Laupeheim production plant in order to meet the demand for complex antibodies and address German manufacturing capacity issues.

Kaiser referenced the report, saying ŌĆ£the high production capacity ensures that medicinal products are available to patients in accordance with the demand, which is especially high for biopharmaceuticals.ŌĆØ

She added: ŌĆ£Disposable fermenters, for example, significantly increase flexibility, as they allow rapid switching between different products in multi-purpose plants and faster ramp-up of capacities. By means of such standardized, modular production platforms, production processes can be standardized, thereby increasing speed, efficiency, and flexibility in equal measure.ŌĆØ

Rentschler would not disclose any financial details concerning the expansion but confirmed the CDMO is strengthening its team to meet the demand.