Iovance will use CDMO WuXi Apptec for initial commercial supply of lifileucel, but a Philadelphia plant under-construction looks to bring its tumor infiltrating lymphocyte (TIL) cell therapies inhouse.

Iovance announced in June last year that it is constructing a 136,000 square-foot facility in Philadelphia, Pennsylvania to manufacture its pipeline of autologous cell therapy candidates.

At the time, the plant was expected to cost Iovance $75 million (â‚¬69 million) over three years â€śfor equipment and construction of the manufacturing suites,â€ť but speaking this week on its Q4 financial results call the firm has now placed this figure at $85 million. 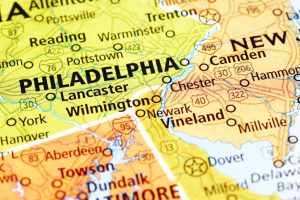 Iovanceâ€™s new facility â€śis expected to be operational by year-end 2020-2021 to support commercial supply in 2022,â€ť with the capacity expected to meet demand for thousands of patients, she added.

WuXi manufactures TIL product for Iovance at its Commerce Center 3 facility, a 55,000-square-foot late-phase and commercial manufacturing facility within WuXi Advanced Therapiesâ€™ cell and gene therapy site in the Philadelphia Navy Yard.

Iovanceâ€™s second generation (Gen 2) TIL production process is based on a 22-day process involving the isolation of TIL cells from a patientâ€™s own tumor and then the expansion of them by stimulating them ex vivo. At the beginning of the process, the cells are fragmented in a minimalized cell culture system for the first 11 days, before rapid expansion begins. On day 16 the cells are split into multiple flasks, and day 22 they are harvested.

â€śCurrently, our commercial plan is very much locked and loaded for Gen 2,â€ť said Fardis. â€śThe facility is very much designed around Gen 2. Of course, they can support other manufacturing properties, should there be a need for them. But right now, we very much are planning on our commercialization for Gen 2 process.â€ť

Iovance has already started building out its team in Philadelphia as â€śthe building itself requires a number of staff who are familiar with the process,â€ť she added. â€śWe already have a team that is slowly ramping up to what is going to be needed by the time the commercial activities roll out.â€ť