Kriya TherapeuticsÂ has set up a facility in North CarolinaÂ to support the production of its pipeline of AAV-based gene therapies.

In addition, the facility will also have a current good manufacturing practice (cGMP) standard production infrastructure for gene therapies. 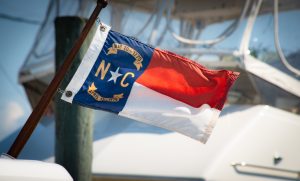 CEO Shankar Ramaswamy told Bioprocess Insider: â€śBy establishing our own internal manufacturing facility, we can help ensure that we have the requisite capacity to support our pipeline of programs aimed at addressing large patient populations.

â€śMoreover, we can make the necessary investments in process development and scale to further refine our own proprietary manufacturing methods â€“ with a goal of achieving profound reductions in the cost of goods of our therapies.â€ť

He added, â€śOur ability to accomplish the above is uniquely enabled by having our own internal manufacturing capacity rather than outsourcing the work to a third party.

Kriya will make gene therapies at the facility using a suspension cell culture manufacturing process at up to 2,000-liter bioreactor scale.

The pilot plant and the manufacturing suite are expected to be operational next year.

The firmâ€™s third pipeline candidate – KT-A522 – encodes glucagon like peptide which is in development for type 2 diabetes Mellitus and obesity.

The third program was licensed from the US National Institutes of Health.

News of the facility comes just months after Kriya secured $80 million in a series A funding round.