MeiraGTx has opened what it claims is the first commercial-scale gene therapy manufacturing site in Shannon, Ireland.

‚ÄúThe plasmid facility has been operating actively since early this year and is now reaching a level of maturity to achieve full GMP standard and application for commercial licenses,‚Äù a spokesperson for the firm told BioProcess Insider. 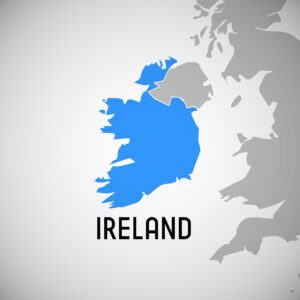 According to MeiraGTx, it is the first commercial-scale gene therapy site in Ireland and the plant contains three facilities. The first has been built to be flexible and scalable for viral vector manufacturing, there is a facility to produce plasmid DNA (pDNA), and thirdly, there is a quality control hub that will carry out biochemical testing for the firm‚Äôs clinical and commercial programs.

‚ÄúMeiraGTx‚Äôs Shannon facility is unique, not only in Ireland but globally, as it streamlines gene therapy development, testing and manufacturing capabilities together inhouse,‚Äù said Alexandria Forbes, CEO of MeiraGTx.

‚ÄúThis significantly reduces the time to patients for advanced therapeutic products, with months or potentially years saved. Along with our other facilities in New York, London and Amsterdam, the Shannon site will scale up and manufacture a broad range of gene therapies for people living with a variety of serious conditions.‚Äù

The firm claims that the construction of inhouse ¬Ýmanufacturing capabilities means that MeiraGTx can avoid clinical bottlenecks associated with infrastructure and technology. Furthermore, the company says that the plant will provide them with the opportunity to offer production services to potential partners.

The site itself will develop and manufacture a wide range of gene therapy treatments from inherited vision loss, Parkinson‚Äôs, salivary-gland conditions, through to potentially obesity, diabetes, and some cancers.

‚ÄúIn order to supply a pipeline of gene therapy programs, it is important to have access to a process for manufacturing high-quality material that meets the requirements of the global regulatory agencies for clinical and commercial use,‚Äù the spokesperson said.

‚ÄúThe need to supply more than one program led MeiraGTx‚Äôs decision to internalize gene therapy manufacturing. As we have done this, the global supply of plasmid has become limiting, and we have now internalized plasmid production. And, as we look to launch our first commercial product with our partner Janssen, it became clear that we could not effectively launch the product using external vendors for QC, thus we have now internalized QC for stability and release at Shannon.‚Äù

In its current phase, the facility anticipates employing 100 people, with the potential for this to increase to over 300. MeiraGTx has collaborated with The University of Limerick and the National Institute for BioProcessing Research and Training (NIRBT) on capability development and skills training and says that Shannon is close to various bioscience institutions.

‚ÄúAs part of MeiraGTx‚Äôs global site strategy, it was looking for a location with a highly skilled workforce, leading universities, partner companies in the sector, and easy international travel connections. Ireland‚Äôs thriving world-class biotechnology sector offered that. MeiraGTx is proud to be part of developing life science careers and investing in the local community,‚Äù said the spokesperson.