Merck & Co. – known as MSD outside of North America – has for some time highlighted the human papillomavirus (HPV) vaccines Gardasil and Gardasil 9 as products with dominant near-term commercial potential. While the two vaccines pulled in $3.2 billion (€2.9 billion) in global sales in 2018, the Big Biopharma firm has spoken frankly about how lack of capacity has kept their full potential at bay.

At the JP Morgan Healthcare Conference this week, CEO Ken Frazier admitted to “incredible demand” in recent years as more countries look to the vaccines to help eliminate cervical cancers – and potentially other cancers – and pinpointed 2023 as the year Merck’s supply will catch up. 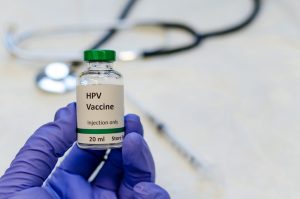 “We’re doing everything we can with our existing facilities, and with some use of some qualified contract manufacturers in certain areas,” he said, adding that with the vaccines being so complex to manufacture the bottlenecks in current processes make it difficult to increase supply.

“I think where you will see a real inflection point is we’re going to bring on two new bulk manufacturing facilities in the 2023 timeframe, and I think as we think about that, we’ll be able to address much more of the world’s needs.”

Demand for HPV vaccines has “skyrocketed over the past few years,” said Frazier, doubling between 2017 and 2018, and continueing to increase significantly in 2019.

“In response to that, we have worked hard inside Merck to increase our capacity. In fact, we’ve doubled our capacity in the last couple of years from our existing facilities,” he told the San Francisco audience.

In May 2019, the firm announced plans to invest $1 billion over the next three years at its Rockingham County, Virginia site to support the vaccines. Weeks later, plans were laid for a $650 million facility at Merck’s Maurice R. Hilleman Center for Vaccine Manufacturing in Durham, North Carolina.

With these plants coming online, Merck management said it is confident it will solve the lack of capacity problem, providing the estimated 200 million doses needed.

“You should recognize that in an ideal circumstance, you really like to immunize the entire birth cohort of the world with two doses, which is 200 million doses to begin with… and that’s without considering the head and neck issue, and we know that at least 50% of head and neck cancer is HPV-related,” Roger Perlmutter, president of Merck Research Labs said at the meeting.

“We don’t expect we’re going to be able to reach those kind of vaccination numbers, but the demand is really very substantial.”