Christmas came early for Pfizer and Expression Therapeutics, which cut the ribbons on viral vector manufacturing plants in North Carolina and Ohio, respectively.

Pfizerâ€™s gene therapy division celebrated the new year with an expanded manufacturing footprint, having opened the first of three facilities at its site in Durham, North Carolina on December 15.

The 85,500 square-foot plant will support clinical manufacturing of Pfizerâ€™s gene therapy pipeline and represents an investment of $68.5 million by the firm. The facility will create more than 50 jobs in addition to approximately 40 employees who will relocate from Pfizerâ€™s nearby Chapel Hill site. 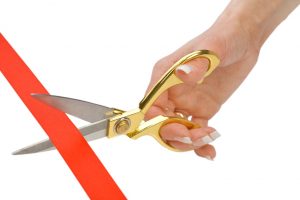 The facility is part of an $800 million capital expenditure plan by the Big Pharma firm intended to build what it describes as â€śone of the largest production capacities for gene therapy vectors globally.â€ť

According to the firm, it will soon boast a total bioreactor manufacturing capacity of 22,000 liters through 11 single-use 2,000 L systems dedicated to viral vector production.

The 43,000 square-foot plant in Cincinnati, Ohio, run by manufacturing subsidiary Expression Manufacturing LLC, opened on December 17 and will provide early phase and commercial scale manufacturing of GMP cell and viral vector products for both its own product pipeline and as a CDMO for other gene therapy developers.

â€śThe opening of the facility allows us to immediately support our internal therapeutic pipeline in hematology and oncology. In fact, we just completed three full-scale engineering runs for our lead cell therapy product ET206, which is intended to treat Neuroblastoma.â€ť