Thermo Fisherâ€™s CDMO business Patheon will add 16,000 L of single-use capacity through a US$50 million (â‚¬41 million) expansion at its St Louis facility.

Contract development and manufacturing organization (CDMO) Patheon will expand its St Louis, Missouri bioproduction site by 64,000 ft2 on the back of what it says is â€śextremely strong growth in demandâ€ťÂ  for commercial biologic manufacturing.

The facility was added to Patheonâ€™s network through the 2014 acquisition of Gallus Biopharmaceuticals. The investment will not only add 16,000 L of single-use bioreactor volume but double the CDMOâ€™s overall biomanufacturing capacity. 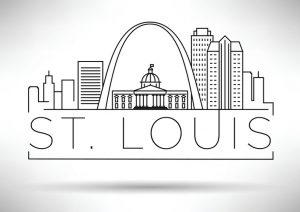 The expanded capabilities are expected to be operational in 2019, and around 80 jobs will be added at the site.

Mansfield, when asked, did not reveal which supplier will equip the Missouri facility expansion. Patheon was acquired in August 2017 for around $7.2 billion by Thermo Fisher Scientific, a major supplier of bioprocessing equipment and bioreactor systems.

When the acquisition was announced in May 2017, Thermo Fisher CEO Marc Casper described it as a unique deal allowing Patheonâ€™s biologics business â€śaccess to our technologies and capabilities to make sure that they are most competitive [CDMO] in the market.â€ť

He also said Patheon had already spent around $50 million on processing equipment from Thermo Fisher.