Pfizer will relocate clinical manufacturing activities from its Chapel Hill site to a newly acquired facility nearby in the latest ramp up of its North Carolina gene therapy capabilities.

Pfizer confirmed the news first broken by FiercePharmaâ€™s Eric Palmer, and told Bioprocess Insider the building will be retrofitted into an Advanced Therapy Medicinal Product (ATMP) facility and will incorporate clinical manufacturing activities from its nearby Chapel Hill plant. 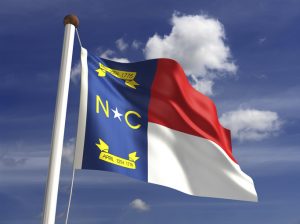 The Chapel Hill site was added to Pfizerâ€™s gene therapy arsenal through the $150 million (â‚¬136 million) acquisition of Bamboo Therapeutics in 2016, and while the site has been a major contributor to Pfizerâ€™s gene therapy progress, the firm says relocation to the new site will allow the continuation and expansion of clinical manufacturing operations when the current lease expires.

It will also house around 120 scientific and support staff, though the workforce will expand products move through the pipeline. Total cost of the site design of the new facility is $19 million, we were told.

The news comes weeks after the firm announced plans at another nearby site in Sanford, North Carolina to build a $500 million facility to support production of recombinant adeno-associated virus (rAAV) vectors for use in gene therapies and vaccines.