Last November, ŌĆśNational ResilienceŌĆÖ ŌĆō less formerly known as Resilience ŌĆō raised over $800 million in funding and launched itself as a contract development and manufacturing organization (CDMO). At the time, the firm said it will provide ŌĆ£new, better, faster waysŌĆØ to manufacture cell and gene therapies and alluded to having capacity at multiple facilities to carry out this mission.

Now the firm has confirmed it has acquired SanofiŌĆÖs Allston facility in Boston, Massachusetts (across the Charles River from Cambridge) for an undisclosed fee. 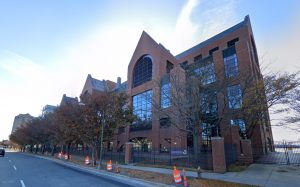 ŌĆ£This facility will play an important role in our mission to build a first-of-its-kind ecosystem for advanced biopharmaceutical manufacturing,ŌĆØ Resilience spokesman Ryan Flinn told BioProcess Insider. ŌĆ£We aim to provide a network of high-tech, end-to-end manufacturing and development solutions to ensure the medicines of today and tomorrow can be made quickly, safely, and at scale.ŌĆØ

ŌĆ£We have offered employment to all current employees, and substantially all have accepted. WeŌĆÖre also planning on hiring more people and expanding production at the site.ŌĆØ

At the time, the Allston plant was under regulatory scrutiny. The plant temporarily shut down production in 2009 due to viral contamination and in March the following year the firm was issued with a US FDA consent decree.

Over 150,000 people hours were spent to decontaminate and restart production, but the troubles led to shortages of some of GenzymeŌĆÖs enzyme replacement therapies made at the facility, including Cerezyme (imiglucerase) and Fabryzme (agalsidase beta). The latter therapy was

While production at Allston is a fraction of what it was during GenzymeŌĆÖs heyday ŌĆō Sanofi transferred manufacture of Fabryzyme out of Allston to the companyŌĆÖs Framington site in 2012, and has since reduced the workforce there ŌĆō Resilience will continue to make biologics for the firm, at least in the short term.

ŌĆ£We will continue to produce the Sanofi product manufactured at the plant through the end of 2021 and will expand production in other areas,ŌĆØ Flinn said.