Thermo Fisher expanded plant in Florida and will open a site in Lexington, Massachusetts as part of plans to invest $125 million in its gene therapy capabilities following the acquisition of Brammer Bio.

The life sciences firm has completed a $6 million (â‚¬5.5 million) expansion at its Alachua, Florida facility, doubling laboratory and warehousing capacity for upstream process development and quality control testing of gene therapy products at the site.

â€śThe expansion of this site will allow for more at scale development, enabling better technology transfer to GMP and increasing the probability for success for our customersâ€™ gene therapy products,â€ť the company told Bioprocess Insider. 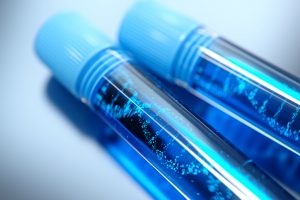 The Alachua site has grown to keep up with the high demand for viral vector services as more gene therapies move into and through the clinic.

â€śAs the site has expanded, our headcount has continued to grow â€“ from 100 employees in 2016 to 250 today,â€ť we were told. â€śWe are looking forward to the siteâ€™s continued growth and expanded opportunities for existing employees and the recruitment of new talent throughout 2020 and 2021.â€ť

While the $6 million investment at Alachua represents a slim slice of this allotment, Thermo Fisher told us a site in Cambridge, Massachusetts is being expanded and a new viral vector services facility in Lexington, Massachusetts is set to open.

All of these fall under a three-year, $200 million investment program begun by Brammer Bio in 2018, which once completed will give the CDMO over 30 suites for clinical and commercial viral vector supply.