With demand for shingles vaccine Shingrix continuing to outstrip supply, GSK says there is limited opportunity for further growth until extra capacity comes online. Meanwhile, the firm is investing $564 million at its vaccine operations in Belgium

For GlaxoSmithKlineâ€™s vaccine business, sales grew 21% year-on-year to ÂŁ7.2 billion ($9.3 billion). The firm attributed this primarily to the growth in sales of Shringrix, its non-live, recombinant subunit vaccine for the prevention of shingles (herpes zoster).

The vaccine has continually seen quarterly growth since it launched in October 2017, but sales may well have now plateaued as GSK does not presently have the capacity to manufacture enough doses to satisfy demand. 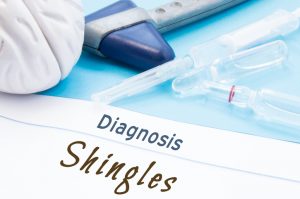 â€śShingrix continues to benefit from our actions to increase the supply capacity with revenues in Q4 of ÂŁ532 million pounds driven by continued strong uptake in the US as well as in Germany and Canada,â€ť CFO Iain Mackay said on a conference call. â€śWe have been successful in expanding our supply capacity in 2019.â€ť

In January 2019, an additional, existing facility in France was approved by the FDA to produce the vaccine, and in April GSK pumped $100 million into its production site in Hamilton, Montana to further expand capacity.

â€śWith supply capacity acceleration achieved in 2019, at this time we see limited opportunity for further growth beyond 2020 until we bring our new facility online which we don’t expect before 2024.â€ť

For months, GSK has hinted at this investment in significant capacity expansion to increase the supply of Shingrix, but no details regarding to location or size have been divulged. Mackayâ€™s comments are the first to imply a new facility will be brought online in 2024.

It is not clear if the new facility is related to plans announced by GSK Vaccines Belgium this week to invest â‚¬500 million ($548 million) into its operations over the next three years.

The release, in French, refers to â€śthe worldâ€™s largest vaccine manufacturing siteâ€ť in Wavre, Belgium where GSK plans to use the investment to bring in automation of its production units to increase production capacity.

With the investment comes a restructure of the Belgian vaccine business, and according to the firm up to 720 jobs in R&D and operations could be slashed, while 215 temporary contracts are not going to be renewed.