WuXi Biologics will make components of COVID-19 vaccines and other biologic products at the facility it bought from Bayer.

The Chinese CDMO acquired the plant in Wuppertal, Germany last month in a deal valued at around Ōé¼150 million ($185 million).

Bayer had originally planned to use the Wuppertal plant to produce recombinant factor VIII products. However, in November 2018 the firm announced it would not commission the facility. 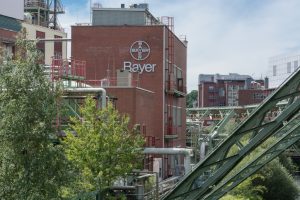 A Bayer spokesman told us ŌĆ£the decision was based on a review of our hemophilia business, which highlighted the need to align our Factor VIII (FVIII) production capacity with future market requirements.

ŌĆ£To remain competitive despite the changing market environment, it was imperative that we concentrate the production capacities for rFVIII products in the Supply Center in Berkeley in the US.ŌĆØ

In a press release WuXi said it will ŌĆ£manufacture drug substances for COVID-19 vaccines and other biologicsŌĆØ at the plant. It also plans to invest in additional process equipment.

The Bayer spokesman told us the sublease covers the provision of plant security, road use, street cleaning, grounds keeping for a period of 10 years.

He explained that, ŌĆ£The use of other services ŌĆō consumable energy such as clean water, gas, sodium hydroxide ŌĆō will be recorded and billed according to actual consumption.ŌĆØ

There is a further transitional service agreement (TSA) covering a period of 12 to 14 months. During the TSA phase, Bayer will support WuXi Biologics in commissioning the building/facilities and with the preparations required for future use.

He added, ŌĆ£To this end, Bayer will put together a TSA team with the requisite expertise.ŌĆØ

The plant is not the first WuXi has acquired from Bayer. In January last year the CDMO acquired a plant in neighboring Leverkusen in a deal that also included a long-term lease agreement.

WuXi described the two plants as the ŌĆ£cornerstoneŌĆØ of its European network. It added that the facilities are expected to be ready for drug substance and drug product manufacturing by 2021.