Bavarian Nordic will supply its smallpox vaccine Imvanex to at least two countries as cases of monkeypox surge in Europe and elsewhere.

The surge of cases of monkeypox outside west and central Africa have alarmed health authorities over the past few weeks. While some commentators claim the outbreak is nothing to be too concerned about, some governments have looked to secure vaccinations in order to mitigate against a potential epidemic.

There is no official vaccine for monkeypox in Europe, but a smallpox jab offers up to 85% protection. As such, Danish drugmaker Bavarian Nordic has signed at least two contracts with governments to supply its approved MVA-BN, or Modified Vaccinia Ankara-Bavarian Nordic, vaccine. 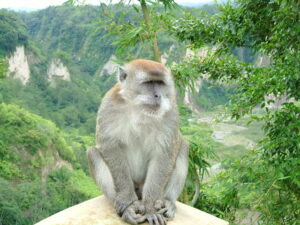 Known as Imvanex in Europe, JyneosÂ in the US (where it was approved in 2019 specifically for monkeypox), and ImvamuneÂ in Canada, the vaccine is a live, attenuated virus grown in cell lines derived from chicken eggs, made at Bavarian Nordicâ€™s large-scale facility in Kvistgaard, Denmark.

The first order was announced eight days ago with an undisclosed European government, but the deal was not expected to impact the companyâ€™s 2022 guidance.

A second deal, announced with another country, was announced Wednesday and willÂ  affect Bavarian Nordicâ€™s forecasting, adding around DKK 200 million ($29 million) to the firmâ€™s projected 2022 revenues.

â€śThe current monkeypox outbreak, which is now affecting countries globally, calls for a swift and coordinated response from health authorities, and we are pleased to assist another country with supply of vaccines to fulfil a growing demand,â€ť Bavarian Nordic CEO Paul Chaplin said in a statement.

â€śBuilding on our vast experience and relations with governments in the procurement of vaccines for their national preparedness, we have rapidly adapted to this unprecedented situation and are working closely with other governments to make vaccines available as fast as possible to mitigate the situation.â€ť

While the government tenders have not been identified, French news outlet RFi reported this week French and Danish health authorities want to start a vaccination campaign targeting adults who have been exposed to monkeypox.