The US biotech announced the staff cuts this week, explaining the aim is to deliver up to $160 millionÂ in operational savings over the next two years. It did not share further details.

At the start of the year, Massachusetts-based Bluebird said it employed 518 people, 330 of whom work in R&D with 188 engaged in commercial, finance, legal, business development, human resources, information technology, facilities and other general administrative functions. 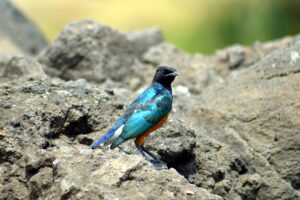 CEO Andrew Obenshain said, â€śThe decision to reduce our workforce in support of a more focused set of priorities was not taken lightly, and we are grateful to every bluebird who has helped to progress the field of gene therapy and championed our mission.â€ť

The â€śfocused prioritiesâ€ť include beti-cel, a beta-thalassemia therapy, and the adrenoleukodystrophy candidate eli-cel. The products are due to reviewed in consecutive FDA meetings on June 9Â and 10. The FDA has set PDUFA dates ofÂ August 19Â andÂ September 16, respectively.

Bluebird added that it may submit a biologics license application (BLA) for lovotibeglogene autotemcel (lovo-cel), a gene therapy for sickle cell disease, in the first quarter of 2023.Â The US FDA has imposed a partial clinical hold on trials of the product.

Bluebird said the cost savings generated will bring it through crucial upcoming milestones. The firm said it â€ścontinues to evaluate additional financing options, including public or private equity financings and monetizing any priority review vouchers that may be issued upon approval of beti-cel or eli-cel.â€ť

The new cutbacks come just a few weeks after Bluebird warned about its finances it its fourth quarter report.

â€śThe full-year 2022 cash burn is expected to be less than $400 million. The Company’s expectation to generate operating losses and negative operating cash flows in the future and the need for additional funding to support its planned operations raise substantial doubt regarding its ability to continue as a going concern for a period of one year after the date that its consolidated financial statements for the year ended December 31, 2021 are issued.â€ť

Analysts at RBC welcomed Bluebirdâ€™s decision to restructure, focusing on its lead programmes and deprioritize cryopreserved apheresis and next gen conditioning â€śis the right strategic decision in this environment as it should allow the company to have enough cash to get through key upcoming catalysts without relying on potential monetization of PRVs [Priority Review Vouchers].â€ť