Lonza says its presence in China is growing despite a short-term talent shortage in the industry.

ŌĆ£The Chinese pharma market is big and growing very quickly [with] a lot of molecules that are in development,ŌĆØ LonzaŌĆÖs general manager of China, Hong Pan, tells BioProcess Insider.

ŌĆ£China was very generically driven but more companies are putting their money into innovative pharma. The added growth is due to a few factors, [such as] the increased wealth of the population. People are getting wealthier and they’re looking for healthier, longer lives with better living conditions.ŌĆØLonza has been in China since 1995. However, the wheel really started to turn when the Chinese government authorized its State Council to carry out its marketing authorization holder (MAH) program in 2015, meaning that CDMOs could support the biopharma industry. 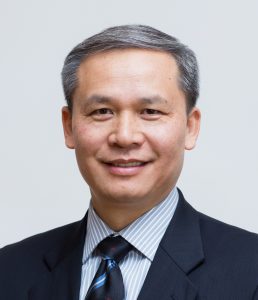 In December 2018, the Swiss CDMO announced plans to build a 17,000 m┬▓ plant in Guangzhou, China based on GE HealthcareŌĆÖs off-the-shelf modular KUBio platform. Since then, Lonza has bolstered its China offering by establishing drug product manufacturing capabilities by installing an aseptic fill-finish production line.

While Pan acknowledges the industry is growing quickly, he also stresses that ŌĆ£the Chinese pharmaceutical industry hasn’t been as developed as the Western countries [but] more and more biotech companies are realizing their core competency is not in manufacturing and are leaving the middle part to CDMOs.ŌĆØ

But with a rise in demand for CDMO service offerings, the shortage of talent in the biopharma manufacturing and development industry has come to the fore.

Despite China having the largest population in the world with more than 1.4 billion inhabitants, Pan refers to the talent shortage as a ŌĆ£worldwide phenomenon that is not an exception in China.ŌĆØ

Hiring qualified manufacturing staff has been a┬Āconcern for years, and while some training facilities and incentives have been introduced, the┬Āgeneral consensus among professionals┬Āis that the amount of talent coming through is not reflective of the huge investment in capacity being seen across the industry. Indeed, Reuters reported in April Lonza itself was having to add staff from nearby Swiss firm Nestl├® to service its deal with Moderna.

ŌĆ£In China we have a lot of people and a lot of graduates from school but over the years biologic development, discovery development and manufacturing have not been very popular,ŌĆØ said Pan.

ŌĆ£A lot of the students went overseas into the US or to Europe to study and work there so we are definitely lacking the hands-on experience and are seeing the industry hiring aggressively from all over the world.ŌĆØ

However, Pan believes this is a short-term issue and is not a ŌĆ£huge concern in terms of talent supply to meet the fast-growing CDMO or manufacturing industry [as] China does have a local supply of talent that is very cost effective.ŌĆØ

ŌĆ£Those are some of the things we have to face and find solution for but overall, I think China is very well positioned for this market. We just need to continue to study this market and then evolve and have the right strategy to grow,ŌĆØ Pan said.