J&J and Bristol-Myers Squibb have spoken of plans to increase supply of lentivirus as they continue to roll out their respective CAR-T therapies.

In March 2022, the FDA approved a second multiple myeloma CAR-T in the form of ┬ĀJohnson & JohnsonŌĆÖs Carvykti (cilta-cel). 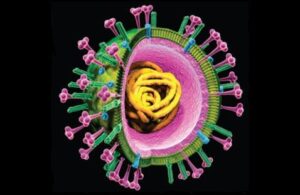 All three of these CAR-T products comprise of modified lentivirus. However, supply of lentiviral vector (LVV) has been strained over the past few years as pipelines of cell and gene therapies coupled with COVID-related needs have driven demand.

ŌĆ£Lentivirus still continues to be a rate-limiting factor really for all cell therapies,ŌĆØ Jennifer Taubert – EVP of Pharmaceuticals at J&J told investors at the Goldman Sachs Global Healthcare Conference earlier this month.

ŌĆ£What we’ve done is we’re investing both in the United States and outside in big capacity and big facilities that will end up taking that off of the critical path for us, so that as we continue to launch Carvykti around the world, as we move it earlier into therapy and hopefully even into first-line settings, that lentivirus will not be any type of rate-limiting factor for us.ŌĆØ

Among J&JŌĆÖs investments is the construction of a large-scale EMEA viral vector facility in Sassenheim, the Netherlands, which will provide raw materials to its CAR-T production center in Ghent, Belgium. The firm has also repurposed capacity in the US to support its cell therapy ambitions.

Speaking at the same conference, Adam Lenkowsky, SVP and general manger of US Commercialization at Bristol-Myers Squibb, also spoke about the need to secure lentiviral supply in light of increasing CAR-T demand.

ŌĆ£We are really excited about what we’re seeing with the commercial demand for CAR T whether that’s Abecma, or Breyanzi. Starting with the BCMA in multiple myeloma, we have talked about increasing our vector capacity, and we’re doing that now,ŌĆØ he said. ŌĆ£You’ll see that start to manifest itself in commercial sales from now to the back end of the year.ŌĆØ

Bristol-Myers Squibb began constructing a 244,000 square-foot cell therapy facility in Devens, Massachusetts last year, with commercial manufacturing expected to begin by 2023. The firm is also constructing a CAR-T facility at the Leiden Bio Science Park in the Netherlands, and has cell therapy operations up and running at sites in Bothell, Washington, and two sites in New Jersey (Summit and Warren).