Fetal bovine serum (FBS) is the gold standard for growth media but poor quality and counterfeit product pose risks to manufacturing and the patient. Traceability audits and origin determination test can overcome these, says the ISIA.

FBS has been used as a culture supplement for the past 65 years and is unlikely to be rivalled in its growth promoting capabilities for some time, Brian Lewis, a representative from the International Serum Industry Association (ISIA) and president of BL Consulting, told delegates at BPI Europe in Vienna, Austria this week.

ŌĆ£The one thing about FBS is it has been around for a mighty long time. People have attempted many times in the past to produce a material that has the same growth promoting properties that FBS does,ŌĆØ he said. 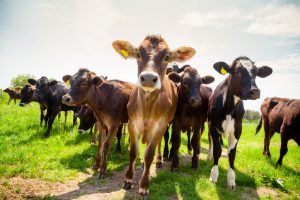 The manufacturing process for FBS has seen little change, comprising 17 steps and three QC tests. It is a relatively straight forward process, he added, but the triple 0.1 micron filtration in its aseptic filling is specifically designed to remove bacteria and fungi but does not result in virus removal leading to potential risks to the customers, and ultimately the patients.

Therefore, the supply of high quality serum is critical, yet complicated by changes in quality from country to country. Serum sourced from Australia, New Zealand and the US, Lewis said, are deemed the highest quality with the lowest risk of viral contamination, while South America-sourced FBS is generally of a lower quality and primarily used for development work. Unsurprisingly, the latter comes at a greatly reduced cost.

Meanwhile, the age of the animal further complicates supply. Newborn calf serum (NBCS) is more easily available and much cheaper than its fetal equivalent, but not nearly as efficient as a growth media.

Several incidents have made industry and regulators take note of issues in the FBS supply chain. For example, there were concerns when the bovine spongiform encephalopathy (BSE) crisis erupted in the 1990s, Lewis said, as ŌĆ£everybody wanted to get out of animal-derived materials.ŌĆØ

More recently, actions by supplier PAA Laboratories GmbH alerted industry to the dangers of counterfeit FBS. The firm allegedly sold South American-sourced serum under the label of Australian serum creating huge financial benefits for itself but at high medical risks. 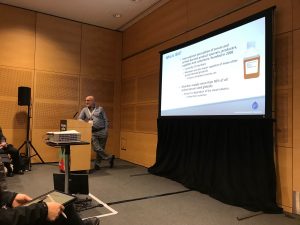 Unaware of the scandal, GE Healthcare acquired PAA in 2011. The vendor took an open and proactive stance in dealing with the issues once discovered in 2013.

With nothing better than FBS available, these incidents and others have helped drive efforts from the ISIA to do what it can to ŌĆ£assess the level of risk and put into place whatever steps are necessary to reduce that,ŌĆØ said Lewis.

While people have tried to characterize FBS for many years, it has never been successful and so the ISIA has implemented an independent third-party traceability audit, which follows the manufacturing process from cow to its final destination.

With requirements laid out by the ISIA, the program certifies suppliers for the piece of the process they perform and is guaranteed for three years, and according to Lewis over 85% of material used in bioprocessing applications in the EU, Japan, Australasia and the US is currently certified.

ŌĆ£This is now an accepted process and we are seeing a greater interest from regulators too,ŌĆØ he added, though the audits are not yet mandatory.

Moreover, if such an audit program had been in place in 2013 and before, the ISIA is confident it would have identified the issues that existed at PAA.

The ISIA is also looking at technologies and protocols to determine the country-of-origin of FBS batches. ŌĆ£In 2014, we became aware that stable isotopes might provide an indication of geography of origin,ŌĆØ said Lewis, something which may help verify an FBS source.

Data has shown that a mix of trace elements found in soil are unique to a location, and with 33 undisclosed trace elements being analyzed for each sample the ISIA is building a geographical database to help validate the source of serum.

Currently, the ISIA is carrying out a ŌĆśsecret shopperŌĆÖ program to analyze sera samples.

ŌĆ£People who are apparently not connected with the ISIA will order a sample of FBS and will then submit that for analysis,ŌĆØ said Lewis. ŌĆ£We will compare the data that we generate compared with the country-of-origin as specified on the original data sheet of the supplier. The intention obviously is to see how well the system is working and whether people are aware of this and taking note.ŌĆØ

Already it has made some interesting findings. Within the past three months, ISIA has identified one sample from a ŌĆ£major supplierŌĆØ that shows a divergence from its claimed country-of-origin. Obviously, Lewis did not divulge the supplier and noted that the investigation is still ongoing.