Rubius Therapeutics will also cut 75% of its staff as it discontinues its solid tumor programs in favor of developing a next-generation red blood cell-based cell conjugation platform.

Massachusetts-based Rubius announced yesterday it is scrapping clinical programs RTX-240 and RTX-224 for solid tumors and instead focusing on improving the efficacy of the tech platform they were based on.

â€śFollowing careful review of recent technical progress in an alternative format for making Red Cell Therapeutics, we believe that this process has the potential for substantive improvements over our existing platform, and, therefore, continued investment in our two current clinical candidates is no longer justified,â€ť CEO Pablo Cagnoni said in a statement. 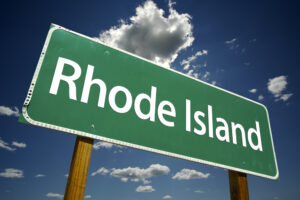 â€śInstead, we plan to focus on advancing a next generation red blood cell platform that utilizes cell conjugation to potentially improve upon the existing benefits of the RED PLATFORM, with the potential for greater efficacy and enhanced versatility, while maintaining our favorable tolerability profile.â€ť

The RED PLATFORM looks to generate cells by leveraging chemical conjugation to produce Red Cell Therapeutics. These human red blood cell-based entities express biotherapeutic proteins within or on the surface of the cell, which Rubius says results in highly potent, well tolerated and ready-to-use cellular medicines for the potential treatment of a range of diseases

As Rubius turns to optimize the platform, it is undergoing significant cost-cutting measures, announcing a 75% reduction in force, primarily focused on clinical development, manufacturing and general and administrative. In January the firm had 269 full-time employees, thus over 200 jobs are on the block.

Rubius is also exploring the sale of its manufacturing facility in Smithfield, Rhode Island.

The site was acquired in 2018 from Alexion Pharmaceuticals for $8 million following Rubiusâ€™ initial public offering (IPO), which raised $241 million. According to then Rhode Island governor Gina Raimondo, Rubius had pledged to invest up to $155 millionÂ in the 135,000 square-foot manufacturing plant.

Previous owner Alexion â€“ now part of AstraZeneca â€“ had used the facility to make the active pharmaceutical ingredient (API) for its immunosuppressant Soliris (eculizumab) as well as the finished product.

The plant, however, fell foul of the US Food and Drug Administration (FDA) inÂ 2013â€‹ after inspectors spotted a number of deviations from current good manufacturing practices (cGMP), including the detection ofÂ â€śresidues in already-cleaned equipmentâ€‹.â€ť Two subsequent reinspections of the plant ended with Alexion receiving Form 483s.