Merck & Co. began developing a vaccine to protect against the Ebola virus following the 2014-2016 Ebola outbreak in West Africa.

In 2017, the firm received a definitive contract funded by the Office of the Assistant Secretary for Preparedness and Response of the HHS, originally worth $126 million (â‚¬114 million), to aid development of the investigational vaccine, known as V920. 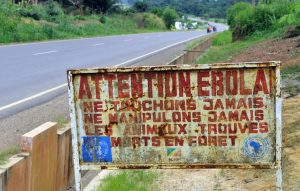 Now the HHS, through the Biomedical Advanced Research and Development Authority (BARDA), has pledged a further $23 million to Merck to support production of V920 as part of its response to the latest Ebola virus outbreak in the Democratic Republic of the Congo (DRC)

â€śMerck remains fully committed to supporting ongoing, international outbreak response efforts in the Democratic Republic of the Congo (DRC) and neighboring countries, which are being led by WHO and others.â€ť

While the vaccine is still in development, more than 192,000 people have been vaccinated with V920 through compassionate use.

However, a rolling Biologics License Application (BLA) submitted to the US Food and Drug Administration (FDA) for V920 last year is complete and the application is now under review. A Marketing Authorization Application (MAA) is also under review by the European Medicines Agency (EMA).

â€śIn parallel, and in close collaboration with FDA and EMA, submissions also have been made to the WHO to achieve prequalification status and to health authority representatives of the African Vaccine Regulatory Forum (AVAREF),â€ť said Eisele.