Kenneth Frazier will step down from his position as CEO of Merck & Co. and hand over to CFO Robert Davis. Meanwhile, there is high level changes following allegations of inappropriate behavior at Eli and Lilly.

Frazier has been CEO of Merck & Co. (known as MSD outside North America) since 2011 and has worked at the firm for almost 30 years. Frazier reflected on the announcement during MerckŌĆÖs Q4 financial report last week. 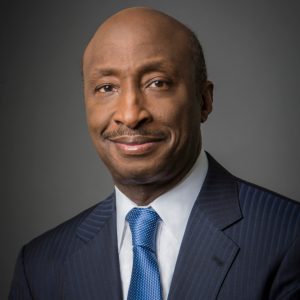 ŌĆ£It has been a distinct honor and privilege to serve this great company as its CEO over the past decade,ŌĆØ said Frazier. ŌĆ£Rob Davis is well prepared and well suited to help Merck capitalize on the many exciting opportunities before it as well as to take on the challenges that lie ahead.ŌĆØ

In 2014, Davis joined Merck as CFO. Previously, he served as corporate vice president of BaxterŌĆÖs Medical Products business and spent more than 14 years at Lily.

Davis said ŌĆ£IŌĆÖm honored to be appointed the next chief executive officer of Merck. I thank the board and Ken for their confidence in me,ŌĆØ he added ŌĆ£I plan to continue KenŌĆÖs focus on innovation as we aspire to be the premier research-intensive biopharmaceutical company.ŌĆØ

Lilly appoints Anat Ashkenazi as CFO after Joshua Smiley resigns following a company investigation which found ŌĆ£consensual though inappropriateŌĆØ communication between him and other employees.

The firm carried out an independent investigation and leadership determined that SmileyŌĆÖs behavior did not follow the companyŌĆÖs core values. However, Lilly made it clear that SmileyŌĆÖs conduct had no relation to ŌĆ£financial controls, financial statements or any other business matters or judgements.ŌĆØ

“Lilly’s core values are integrity, excellence and respect for people. We expect all employees to live these values, and we expect exemplary conduct from our executives at all times,” said┬ĀCEO, David Ricks. “We are confident in Anat’s ability to serve as our next CFO given her impeccable track record of leadership and business success across nearly all major parts of the company, most recently as corporate controller and head of strategy.ŌĆØ

Ashkenazi has been with Lilly for nearly 20 years and in her role as CFO for Lilly Research Laboratories she oversaw the CFOs of the companyŌĆÖs commercial business.

Previously, Mullen served as CEO of Patheon and prior to this, he held the position of CEO for Biogen. The transition will be effective February 15, 2021 and Mullen will continue as Chairman of the CompanyŌĆÖs Board of Directors. 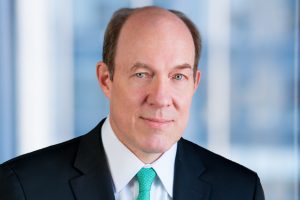 ŌĆ£We are pleased to have someone of JimŌĆÖs caliber step in to lead the Company,ŌĆØ a spokesperson for Editas told BioProcess Insider. ŌĆ£Jim has an excellent understanding of our business and culture as well as great relationships with many of our employees, including our Executive Team.ŌĆØ

ŌĆ£It is an honor to be appointed to lead Editas into the next phase of growth. I look forward to joining such an innovative and committed team as we advance our strategy and work to develop and deliver transformative, durable gene edited medicines to people living with serious diseases,ŌĆØ said Mullen. 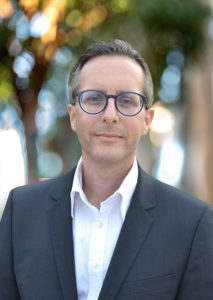 The Gilead subsidiary has appointed Frank Neumann to take over for Ken Takeshita as head of clinical development.

Neumann will join Kite Pharma from Verastem (also known as Verastem Oncology) and has been a member of the oncology medical teams at AstraZeneca and┬ĀSanofi-Aventis.

ŌĆ£Since my early work in cell therapy, I have been fascinated by its potential for patients living with cancer,ŌĆØ said Neumann. ŌĆ£I am tremendously excited to join the company as it seeks to expand into new indications, bring cell therapies into earlier lines of therapy, and drive innovative new therapies for the benefit of patients in need.ŌĆØ

In August 2017, Gilead sciences acquired Kite for $11.9 billion and chose to run Kite as a separate business unit.