Emergent announced multiple changes in leadership during its Q1 2021 earnings call to shareholders. Meanwhile, there are changes at Myeloid Therapeutics and Catamaran Bio. Sit back, relax, and enjoy BioProcess Insiderâ€™s Ins & Outs.

Emergent BioSolutions had been contracted to make millions of doses of Johnson & Johnson and AstraZenecaâ€™s respective vaccines from its Bayview, Maryland plant.

However, production was halted at the facility in April after a US Food and Drug Administration (FDA) inspection resulted in a Form 483 with nine observations. The firm has said it recognizes the cross-contamination risk and has defended manufacturing two different viral products at its Bayview plant, which rendered 15 million doses unusable. 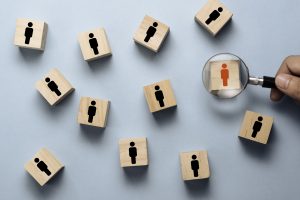 With this in mind, senior vice president of Global Quality at Emergent, Mary Oates will now report directly and serve as a member of CEO, president, and executive director Robert Kramerâ€™s management team.

Kramer told shareholders â€śMary has been able to build the talent of her team with experienced professionals who are improving the strength of our quality organization every day. Mary has also been leading our response to the Bayview 483 observations.â€ť

Kramer also noted that Sean Kirk, EVP of manufacturing and technical operations is â€śtaking a personal leave of absenceâ€ť after nearly 18 years at the firm.

â€śWe all hoped and expected that by now, he begins to transition to a less rigorous schedule, but unfortunately, the opposite has happened. Given the great public need, Sean has set aside several important personal matters over the last 15 months, and we look forward to him using his leave to address those matters and return to a more balanced pace.â€ť

Finally, Syed Husain is stepping down from his position as the head of Emergentâ€™s CDMO business unit to pursue a different opportunity. Catherine Hanley will step in as interim head of CDMO business unit, while the firm actively recruit Husainâ€™s replacement.

Clinical-stage immunology firm, Myeloid Therapeutics has hired Bruce McCreedy as its chief scientific officer and will harness Myeloidâ€™s drug discovery efforts by leveraging its platform that can reprogram immune cells to eliminate disease.

According to the company, McCreedy brings an abundance of industry expertise to Myeloid and noted that he had previously served at Precision Biosciences between 2015 to 2020 as senior vice president, Cell Therapy, and Immune-Oncology research.

“We are delighted that Bruce is joining us as chief Scientific officer,” said Myeloidâ€™s CEO Daniel Getts. He added: “As a scientific leader with deep expertise developing therapies for cancer and autoimmune diseases, he will play a pivotal role in helping us accelerate multiple clinical pipeline candidates.”

Most recently, Holmes held position of chief financial officer at Disarm Therapeutics. During his time at the firm, Holmes was responsible for the entirety of its financial operations and dealt heavily with the companyâ€™s acquisition by Eli Lily in October 2020.

â€śWe are delighted to welcome Scott to our leadership team, and his extensive experience in both private and public companies will be invaluable as we continue to advance and grow Catamaran,â€ť said Alvin Shih, MD, president and CEO of Catamaran Bio.