Regeneron is reportedly injecting $480 million in a planned expansion at its campus in Greenburgh, New York including a preclinical manufacturing facility.

According to various publications such as Westfair Online and Real Estate In-depth, Regeneron has designed a $480 million preclinical manufacturing facility at its Tarrytown campus in New York and proposed it to Westchester CountyŌĆÖs Industrial Development Agency (IDA).

The reported plan to build a 207,000 square-foot laboratory is said to have been amended from an initial proposal that did not materialize to construct a $150 million plant at the same site in 2015. 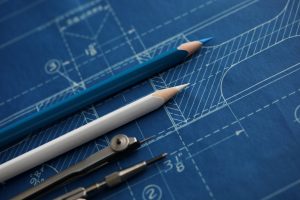 Now, Regeneron wishes to upsize the project and allegedly spend a further $330 million to complete the expansion.

ŌĆ£Final plans are still in development/approval stages, so we donŌĆÖt have a timeline or additional financial details to share,ŌĆØ a spokesperson from Regeneron told BioProcess Insider. ŌĆ£This location includes our main business headquarters and Research and Development teams. The proposed building will primarily be space for preclinical manufacturing and process development, which means making drug product for our preclinical (non-human) trials.ŌĆØ

RegeneronŌĆÖs site development consultant from JMC, Steve Spena presented the proposed amendments in January at the Town Board Work Session for the Town of Greensburg.

The approved 2015 plan included a 128,000 square-foot four-story R&D office building, which has now been amended to a 207,000 square-foot two-story R&D building that would not include offices, amongst many other changes, Spena said.

The Regeneron spokesperson stressed to us that it ŌĆ£fully expect[s] that the Regeneron team in Tarrytown will continue to grow, as our research and development efforts continue to deliver new medicines for patients in need. We appreciate the support of our local┬Ācommunities┬Āin accommodating this growth, and ultimately helping to further this important mission.ŌĆØ