The US FDA has approved Zynlonta (loncastuximab tesirine), the eleventh antibody-drug conjugate and the first for ADC Therapeutics.

Zynlonta received the thumbs up from the US Food and Drug Administration (FDA) last week for the treatment of patients with relapsed or refractory (r/r) diffuse large B-cell lymphoma (DLBCL).

The antibody-drug conjugate (ADC) is composed of a humanized monoclonal antibody that binds to human CD19, conjugated through a linker to a pyrrolobenzodiazepine (PBD)-based cytotoxic warhead. PBDs are a class of compounds that kill cells by binding their DNA and interfering with replication. In nature they are made by a group of bacteria known as actinomycetes. 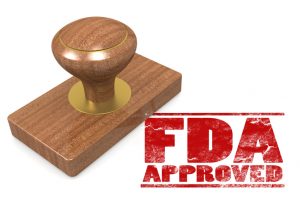 The approval is the latest milestone for developer ADC Therapeutics, which span out of UK-based Spirogen, an antibody-drug conjugate developer acquired by AstraZeneca in 2013.

Last May, the company raised $233 million through an initial public offering (IPO) with a substantial amount being used to support clinical development.

With the approval of Zynlonta coming a month ahead of the expected PDUFA date, ADC Therapeutics is now preparing to launch its first commercialized therapy.

In March, the firm laid out its commercial strategy for the ADC as part of an investor presentation. As part of this, management described how it is reliant on its contract development and manufacturing organizations (CDMOs) to support production. Among its partners, it names Avid Bioservices as producer of the antibody, Lonza for the payload, and BSP Pharmaceuticals for drug substance and drug product.

The company added it already has commercial supply in stock to support launch and beyond.

With only 11 products approved by the US FDA, ADC Therapeutics joins a small group of ADC developers. The other approved products are: