A Biocon insulin production site in Malaysia, the subject of a recent US FDA Form 483, has received a Certificate of GMP compliance from the European Medicines Agency (EMA).

Irelandâ€™s Health Products Regulatory Authority inspected the facility in Malaysia in May this year resulting in the issuing of the certificate, meaning the insulin drug substance, drug product and delivery devices made there comply with the EMAâ€™s good manufacturing practice (GMP) guidelines. 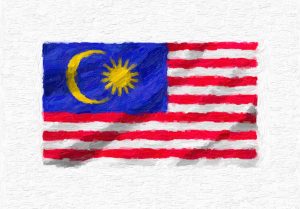 â€śThe recombinant human Insulin (rh-Insulin) and Insulin Glargine manufactured at this facility are addressing the needs of over 350,000 diabetic patients in Malaysia. Biocon and Mylanâ€™s biosimilar Insulin Glargine Semglee has previously received Regulatory approval from EMA in March 2018 and has been launched in key European markets by its partner Mylan since November 2018,â€ť the Indian drugmaker said in a statement.

The EMAâ€™s approval expands Bioconâ€™s capacities further with the new large-scale devices facility to serve the growing needs of people with diabetes in EU, the firm added.

The facility was subject to a US Food and Drug Administration (FDA) inspection in June and July resulting in a Form 483 with 12 observations. None of the observations related to data integrity but several were repeats from a pre-approval inspection carried out inÂ February 2018.

While the EMA approval does not relate to the FDA inspection, Biocon will now be hopeful for a similar thumbs up from the US regulators.

â€śWith respect to the recent USFDA inspection and observations received would like to inform you that we have responded to the regulator and have started addressing these observations,â€ť a Biocon spokesperson told this publication. â€śWe are confident that we will be able to address all these in time.â€ť

The spokesperson added that the firm does not anticipate any impact on the future commercialization plans of Insulin Glargine in the US.