There is no risk of competitive harm between Roche’s approved hemophila A monoclonal antibody and Spark’s gene therapy candidates, say the US and UK competition bodies.

In February, Swiss Biopharma firm struck a deal to buy Philadelphia, Pennsylvania-based Spark Therapeutics for $4.3 billion (€3.8 billion). Now after months of investigation by the US Federal Trade Commission (FTC), Roche is on the verge of closing the deal.

The FTC’s concerns centered on the potential competitive harm of overlaps between Roche and Spark’s products in the hemophilia A space, and the threat that Roche may shut down programs in the clinic following the merger. Roche’s monoclonal antibody Hemlibra (emicizumab) is approved in over 50 countries, while Spark has two gene therapies in Phase I/II targeting hemophilia A: SPK-8011 and SPK-8016. 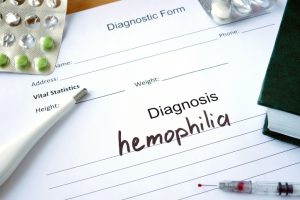 “Hemlibra is a relatively new, but potentially leading treatment for hemophilia A. Gene therapies have the potential to significantly improve the treatment of, and possibly even cure, hemophilia A, eliminating the need for additional treatment,” the FTC said in a statement posted yesterday.

“The evidence developed during staff’s investigation did not indicate that Roche would have the incentive to delay or terminate Spark’s developmental effort for its hemophilia A gene therapy, or that the acquisition would affect Roche’s incentives regarding Hemlibra.

“Among other things, Spark is only one of several companies currently developing a gene therapy treatment for hemophilia A. As the other companies endeavor to bring their gene therapies to market, Roche would have the incentive to accelerate, rather than decelerate the development of Spark’s gene therapy in order to compete for gene therapy patients.”

Similarly, the UK’s Competition and Markets Authority (CMA) has closed its investigation, stating:

“While gene therapy treatments are likely to compete with Roche’s Hemlibra in future, the CMA found that Spark is not the only supplier developing a gene therapy treatment and that its products are not currently considered to hold any particular clinical or commercial advantages over those being developed by other suppliers.”

Neither competition body has asked Roche to divest any of its assets.

The closing of the deal propels Roche into the gene therapy space, as along with the hemophilia A candidates it will gain the commercially approved product Luxturna (voretigene neparvovec), a one-time gene therapy for an inherited retinal disease approved by the US Food and Drug Administration (FDA) in December 2017.

Update December 18: Roche has now announced the deal has closed and said that “Spark will continue its operations in Philadelphia as an independent company within the Roche Group.”