Johnson & Johnson says the pausing of dosing in trials of its COVID-19 candidate is not unusual, but one analyst believes this could have significant negative impact for viral-vector based vaccines.

Johnson & Johnson announced at the beginning of the week it has temporarily paused further dosing in all its COVID-19 vaccine candidate clinical trials due to an unexplained illness in a study participant.

This included the Phase III ENSEMBLE trial of JNJ-78436735, also known as Ad26.COV2-S, recombinant, which is based on JanssenŌĆÖs AdVac viral vector and PER.C6 cell line technology. 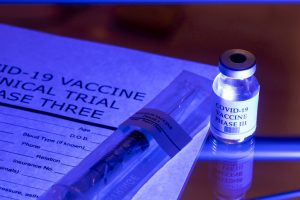 ŌĆ£We were informed of an unexpected illness on Sunday evening October 11, and we followed our process exactly and quickly and posted a statement on our website the following day on Monday, October 12 pausing enrollment. The DSMB [data safety and monitoring board] was informed immediately on Sunday, and they’ve requested additional information. We’re now awaiting further medical information and evaluation, which we will then forward to the DSMB for their independent recommendation.ŌĆØ

He said ŌĆ£it’s not at all unusual for unexpected illnesses that occur in large studies over their duration. In some cases, theyŌĆÖre called serious adverse events or SAEs, and may have something or nothing to do with the drug or vaccine being investigated.ŌĆØ

J&J has made clear that this is a ŌĆśstudy pauseŌĆÖ and not a ŌĆśregulatory holdŌĆÖ of a clinical trial, the latter being a requirement by a regulatory health authority, such as the US Food and Drug Administration (FDA).

In September, AstraZenecaŌĆÖs viral-vector COVID-19 vaccine candidate AZD1222 was placed on clinical hold after a review of safety data was triggered following an unexplained illness in a trial participant.

For J&JŌĆÖs candidate, it is unknown whether the adverse event was in the treatment or placebo arm. However, management indicated that ŌĆ£while the company is blinded, the DSMB has the right to unblind, which seems to suggest the pause recommendation could come from an unblinded analysis from DSMB. If that is the case, then this event is more likely to be associated with the active vaccination arm, rather than placebo,ŌĆØ Geoffrey Porges, an SVB Leerink analyst wrote in a note.

ŌĆ£While J&J emphasized this ŌĆ£study pauseŌĆØ was different from ŌĆ£clinical holdŌĆØ (such as AstraZenecaŌĆÖs vaccine trial), this event could have significant negative impact (increased regulatory scrutiny, less consumer confidence etc.) for all other viral vector vaccines if proven to be associated with vaccination, in our view.ŌĆØ