Amgen says the US needs a vibrant competitive biologics market but must avoid policies that tilt the playing field in favor of biosimilar makers.

Biosimilars made an initial mark in the US when the Food and Drug Administration (FDA) approved SandozŌĆÖs Zarxio (filgrastim) in 2015. But in the proceeding four years, the sector has somewhat stalled ŌĆō despite 22 more approvals ŌĆō amid ongoing political debate, legal complexities and pricing/reimbursement.

The idea of Congress addressing drug pricing and patent issues, along with an active push from the FDA to promote access to lower cost biosimilars could be seen as moves in the right direction to bring the US in line with Europe ŌĆō which has seen a robust biosimilar space for over a decade ŌĆō but some players disagree. 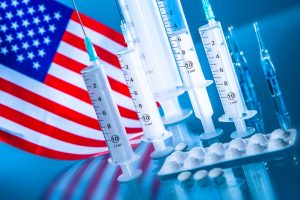 One such company is Amgen. CEO Bob Bradway said that while some in the industry are advocating for changes that would favor biosimilars over the innovator molecules, ŌĆ£we are not among them.ŌĆØ

He told stakeholders during his firmŌĆÖs Q2 2019 financial call: ŌĆ£We think that what the country needs is a long-term vibrant competitive marketplace for biosimilars, and our fear would be anything that tilts the playing field [in favor of those biosimilar molecules].ŌĆØ

He added that two biosimilars might ŌĆ£perversely have the long-term effect of diminishing the competitive opportunity in the US,ŌĆØ and compared the problem with issues seen in the small molecule generic space ŌĆ£where there are unfortunate market abuses relating to the fact that there are single companies left with the license to manufacture individual generic products.ŌĆØ

Amgen is one of just a handful of Big Biopharma firms which both competes in the biosimilar space with versions of AbbVieŌĆÖs Humira (adalimumab), and RocheŌĆÖs Herceptin and Avastin (bevacizumab), while seeing some of its best-selling biologics facing direct competition. Pfizer and Merck & Co are also in this category.

ŌĆ£Competitively where Amgen differentiates is in the fact that we have four decades of high-quality reliable supply in the market,ŌĆØ said head of Global Commercial Operations Murdo Gordon. ŌĆ£We are able to offer physician and patient educational services and reimbursement support. And we’re also able to cover many of these customers, who will be making treatment decisions using our biosimilars given our strong history and experience in the oncology sector.ŌĆØ

For the second quarter, the firm saw sales erosion for certain biologics, including Neulasta (pegfilgrastim) which pulled in $719 million, 25% less than the same period last year due in part to competition.

Ex-US sales from its own approved biosimilars pulled in $82 million. The firm only recently launched its first biosimilars ŌĆō Kanjinti (trastuzumab) and Mvasi (bevacizumab) ŌĆō in the US, and so no revenues registered in Q2.

Going forward Gordon said ŌĆ£the dynamics on pricing and competition while fluid are less of a barrier than they once were. And I think that we’ll continue to see deeper and deeper penetration of biosimilars against originator products in the US in the future.ŌĆØ

One thought on “Pro-biosimilar policies will not ignite US market, Amgen”