The US FDA approval of Enjaymo (sutimlimab) comes 13 months after Sanofi was hit by a complete response letter citing deficiencies at a third-party manufacturer.

The drug, which will be made available in the US at a wholesale acquisition cost of $1,800 per vial, is a humanized monoclonal antibody designed to selectively target and inhibit C1s in the classical complement pathway ŌĆō a part of the innate immune system. 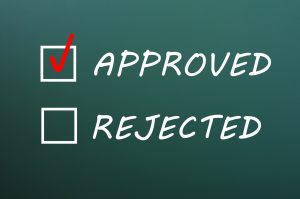 The approval comes 13 months after the original action date of November 13 2020 after the FDA hit developer Sanofi with a Complete Response Letter (CRL) citing ŌĆ£certain deficiencies identified by the agency during a pre-license inspection of a third-party facility responsible for manufacturing.ŌĆØ

The contract development and manufacturing organization (CDMO) has not been revealed, but at the time Sanofi told us it was working with its partner to resolve the observations.

While a week ago, EnjaymoŌĆÖs approval may have been celebrated by ŌĆ£Bioverativ ŌĆō a Sanofi Company,ŌĆØ an announcement Thursday brought together the French BiopharmaŌĆÖs businesses under one identity: Sanofi.

Bioverativ, therefore, no longer exists in name, and neither do other Sanofi acquisitions including Sanofi Pasteur and Sanofi Genzyme as part of a ŌĆ£transformationŌĆØ of SanofiŌĆÖs business.

ŌĆ£I want to emphasize that as part of the transformation, simply nothing is off the table, including how parts of the business are named, or indeed presented,ŌĆØ CEO Paul Hudson said on an investor call Friday. ŌĆ£Going forward, weŌĆÖll be known as Sanofi across our businesses, and we continue to work to raise the standards of disease treatment and prevention.ŌĆØ