In a deal worth up to $37.6 million, live biotherapeutic (LBP) developer 4D Pharma has agreed to merge with Longevity Acquisition Corporation.

The proposed merger will see the UK-based LBP developer receive $14.6 million from Longevity and could benefit from the proceeds of warrants to purchase Longevity shares worth up to $23 million.

Longevity Acquisition Corporation is a NASDAQ-listed Special Purpose Acquisition Comp (SPAC) meaning once the merger is completed, the entity will be admitted to trading on NASDAQ under the ticker symbol ŌĆśLBPS.ŌĆÖ 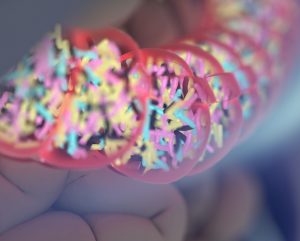 This, according to Duncan Peyton, CEO of 4D Pharma, was deemed the best way for his firm to access US investment and is the first time a UK public company has merged with a SPAC.

ŌĆ£The Board weighed up various options like an IPO, reverse merger, or SPAC. Ultimately 4D pharma decided that a SPAC was the best option at this time,ŌĆØ he told Bioprocess Insider.

ŌĆ£One of the key attractions of a SPAC is certainty ŌĆō 4D pharma wanted to be able to tap into the huge pool of US healthcare investment without overly distracting from its primary focus of delivery new therapies for patients. Moreover, the timeline for these types of deals is typically shorter than for a traditional IPO, and pursuing a SPAC merger aligned with 4D pharmaŌĆÖs goal of being in the US in early 2021. This condensed timeline allows 4D pharma to capitalize on its rapid development and increased interest expressed by US and international investors, in a timeframe that suited 4D pharmaŌĆÖs activities and what is on the horizon.ŌĆØ

The money will be used to support ongoing trials in cancer, asthma, and COVID-19, as well as preclinical development in the neurodegenerative disease space.

Unlike probiotics, live biotherapeutics are drugs, developed to the same efficacy and safety standards and within the same regulatory framework as any other.

Several recent deals have propelled the modality into the life sciences space. CDMO Lonza, for example, set up a joint venture with Chr. Hansen in April 2019 focused on LBPs, and in November last year Thermo Fisher invested in Arranta Bio to gain access to LBPs for use in the production of gene therapies.

ŌĆ£The last year or so certainly has seen an exponential increase in interest as the field reaches a level of maturity and is delivering on the promise shown by the early research for years. A few companies have produced strong Phase III data this year and are moving towards potentially the first approval of a microbiome therapeutic,ŌĆØ Peyton said.

ŌĆ£There has also been more interest from pharma partners wanting to get seriously involved in this rapidly developing space, which further encourages and accelerates innovation,ŌĆØ he added. 4D itself has a partnership ongoing with Merck & Co. forged in 2019.

4DŌĆÖs drug candidates are single strains of naturally occurring non-engineered bacteria found in the human gut. They are developed and manufactured from the firmŌĆÖs facility in Spain.

ŌĆ£The way 4D pharma approaches LBPs is analogous to traditional drug development ŌĆō we screen our ŌĆścompoundŌĆÖ (strain) library for specific activity or functionality associated with the cause or amelioration of disease pathology, then demonstrate activity in disease-relevant animal models before taking them into clinical programs regulated as any other,ŌĆØ Peyton said.

ŌĆ£From a development perspective this significantly accelerates the timeline from lead identification to clinical proof of concept data, for example by allowing first-in-man studies in patients rather than healthy volunteers. In terms of efficacy, LBPs offer a potentially new way to treat difficult diseases, from cancer to CNS to autoimmune diseases. 4D pharmaŌĆÖs drugs are living cells which produce multiple effector molecules and thus may be able to achieve therapeutic effects beyond what can be achieved by, for example, a single antibody or small molecule which binds to a single target.ŌĆØ

He continued: ŌĆ£These products are not simple to produce efficiently and effectively, and 4D pharma is proud of the knowledge and capability it has built in-house, in a field where viable manufacturing, at scale, can be a real hurdle to progress.ŌĆØ