Sterling entered the ADC space in April 2021 through the acquisition of ADC Bio. The deal brought with it a 6,500 square-meter site in Deeside, Wales housing ADC and bioconjugation development laboratories.

A year on and Sterling is committing a further ÂŁ1 million ($1.3 million) to the site, increasing laboratory space from 275 to 419 square meters, installing a new mass spectrometer, and reconfiguring the layout for potential future additional services. 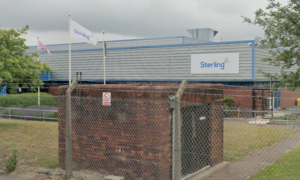 â€śThis expansion is part of a planned investment to grow the business since Sterling acquired ADC Bio in 2021, which has been driven by increased demand from customers within the antibody-drug conjugate market,â€ť Stewart Mitchell, Sterlingâ€™s Deeside Site Head, told BioProcess Insider.

â€śAs we increase the capabilities and capacity at the site in Deeside to match the growing ADC market, this is being carried out alongside integrating the specific needs of ADCs with our small molecule API expertise, such as the manufacturing of the necessary toxin linkers within an ADC molecule.â€ť

He added the ADC market had been buoyed by recent approvals and a flurry of ADCs in clinical trials. Seagenâ€™s Tivdak (tisotumab vedotin) became the twelfth ADC to achieve US FDA approval last September.

As such, further expansions could be on the horizon. â€śWe intend to grow the ADC capacity, and have other investments planned in the future that will provide wider services at the site. Our goal is to have development services through to manufacturing on the same site, which is an important step in this growth plan as well as a strategic requirement from the marketplace.â€ť

However, there are no plans to add antibody production capabilities at Deeside for now, he told us, â€śas the market supply is well served with existing providers.â€ť