The technology ŌĆō described as a Bioreactor for RNA in vitro Transcription ŌĆō allows the DNA templates from which the RNA is produced to be used multiple times.

It is also automated, which Curevac and Tesla say will minimize handling steps and make manufacturing processes more robust. 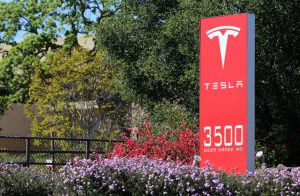 The firms contrast their technology with current systems, which involve ŌĆ£many separate manufacturing steps,ŌĆØ they say.

ŌĆ£A critical step in RNA production is the generation of a suitable DNA template, which at industrial scale is a major cost factor. Currently, DNA templates can only be used for a single RNA in vitro transcription reaction and need subsequently be destroyed by DNAse digestion and eventually removed by RNA purification in order to ensure efficacy and safety of the RNA-based therapeutics.ŌĆØ

They also say ŌĆ£Manufacturing of RNA requires a large degree of manual handling in a GMP-regulated laboratory executed by well-trained technical staff. In consequence, current established manufacturing processes are time consuming, cost intensive, and require a lot of laboratory space and laboratory equipment.ŌĆØ

Curevac has been working with Tesla ŌĆō though its Grohman Automation subsidiary ŌĆō since June last year according to a patent application.

However, details of the collaboration emerged last week when Tesla CEO Elon Musk tweeted that ŌĆ£Tesla, as a side project, is building RNA microfactories for CureVac & possibly others.ŌĆØ

In principle, I think synthetic RNA (and DNA) has amazing potential. This basically makes the solution to many diseases a software problem.

Many of the reports (here and here for example) focused on the technologyŌĆÖs potential application in the production of candidate SARS-CoV-2 vaccines, including the candidate being developed by Curevac which was approved for Phase I trials last month.

Musk is no stranger to COVID-19 related controversy. Tesla reopened its manufacturing facility in Fremont, California in May in defiance of calls from public health officials according to reports.

Tesla is restarting production today against Alameda County rules. I will be on the line with everyone else. If anyone is arrested, I ask that it only be me.

However, none of his tweets about the Curevac collaboration mention COVID-19. Also, the patent application was filed last summer several months before the first cases of the disease were identified.