Moderna will build an 85,000 square-foot technical development center at its recently opened manufacturing site in Massachusetts to support its messenger RNA (mRNA) pipeline.

mRNA products themselves are neither small molecules nor traditional biologics, but rather a ŌĆśset of instructionsŌĆÖ directing cells to, essentially, ŌĆśuse the human body as the bioreactorŌĆÖ and make the proteins needed to prevent or fight diseases.

Moderna Therapeutics has over 20 mRNA-based products in its pipeline, including prophylactic vaccines, cancer vaccines, intratumoral immuno-oncology candidates, and localized regenerative therapeutics, and has been growing its footprint accordingly. 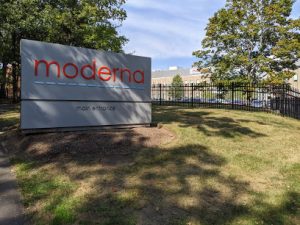 In July 2018, Moderna opened a 200,000 square-foot manufacturing plant in Norwood, Massachusetts, giving the firm capacity to develop materials for preclinical toxicology studies, Phase I and II clinical development programs, and the ability to manufacture, test and run fill/finish operations for its mRNA development candidates.

And speaking at the Biotech Week Boston event in September, Peter Wojciechowski, head of Drug Substance Process Development at Moderna Therapeutics, said the next stage of advancement will be in 2020 with plans afoot to expand the siteŌĆÖs process and analytical development capabilities.

ŌĆ£ThereŌĆÖs a building that we are planning to make into a technical development center,ŌĆØ he said, describing an 85,000 square-foot area of the Norwood campus. ŌĆ£This is going to be expandable to 250,000 square feet.ŌĆØ

Currently, the firm has around 260 employees at Norwood, but the planned expansion will be able to accommodate up to 200 scientists in efforts to drive manufacturing competitiveness at Moderna.

ŌĆ£WeŌĆÖre putting a lot of investment in developing the talent and really working to hire [and] partner with people in the research organization and in manufacturing to build that bridge between the theory and the practical.ŌĆØ

ŌĆ£We are pulling together a critical mass of platform approaches here; the drug substance, the drug product, plasmid manufacturing as well, and weŌĆÖre trying to accelerate our learning,ŌĆØ he told delegates.

ŌĆ£We are not exactly Facebook in going fast and breaking things, but we do have a large critical mass and many programs happening in parallel which gives us an opportunity to learn really rapidly about what works and what doesnŌĆÖt work.ŌĆØ

In 2015, Wojciechowski said the firm had fewer than 20 technical development staff for analytical work, as well as drug substance and products.

ŌĆ£During that year we made about two glp [Good Laboratory Practice] tox batches for testing. Since then, and that includes the bringing online of the Norwood facility last year, we now have 150 employees in technical development, and weŌĆÖve made greater than 60 GLP tox batches.ŌĆØ