Moderna is confident its supply and distribution chains are robust enough to support COVID-19 vaccine scale up and roll out.

The vaccine – mRNA-1273 â€“ consists of mRNA coding for the SARS-CoV-2 spike protein inside a lipid nanoparticle. It is seen, along with jabs being developed Pfizer and AstraZeneca, as one of the best hopes for combatting the pandemic.

So when clinical trial data released in November showed mRNA-1273 was 94.1% effective at protecting people from SARS-CoV-2, the news was warmly received. 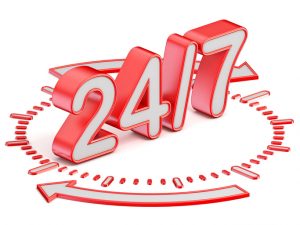 But at Moderna, joy at the results quickly turned to concern about manufacture and distribution according to president, Stephen Hoge who told Evercore ISI analysts about efforts to scale production this week.

â€śThe relief of knowing the vaccine works has washed over us. And what’s left now is the work of manufacturing it and making sure we can distribute it as fast as possible.

â€śAnd so within minutes, that had turned into the anxiety at the moment. I think we’re all working 24/7 right now and likely will be for the next year.â€ť

Moderna has been working on a manufacturing network in parallel with developing the vaccine. It agreed a deal with Lonza in May that will see the CDMO make the product at sites in the US and Switzerland.

Hoge shared more details in the call, explaining â€śessentially 50% of our capacity is internal and 50% is external for the manufacturing process.

â€śAnd the external part’s at Lonza. And that’s really roughly divided both US and international. And so that’s how we sort of have set up the supply chains, the manufacturing chains.â€ť

Moderna has not disclosed details of the lipid nanoparticle (LNP) production and supply. And, although Hoge declined to do so during the call, he did confirm Moderna is working with several CDMOs.

â€śThere’s a couple of different contract manufacturers though. And so we obviously invented the process chemistry and we’ve transferred it.

â€śThere’s not one place, and that’s for redundancy for obvious reasons. You don’t want to have single-source risk on something that important.

One major difference between mRNA-1273 and Pfizer/BioNtechâ€™s candidate is that it needs to be stored at -20C, which can be achieved in a conventional freezer. The Pfizer vaccine in contrasted need is stored at -70C, which requires specialist equipment.

Hoge touched on this difference in the call. â€śOur distribution goes into standard refrigeration and freezing,â€ť he explained.

â€śWe work at minus 20C for 6 months, and we refrigerate it 2 to 8 Celsius for 30 days. That’s the same temperature as ice cream and milk,â€ť he said, adding â€śso any place you can get ice cream or milk in the world, you can get this vaccine without any special infrastructure.â€ť