Fujifilm and Nikon say their respective moves into regenerative medicine came from a rich heritage in imaging services such as X-rays and microscopes.

Investments in such an innovative field as gene therapies show the firm, often associated with photography, has come a long way from its aim of being the first Japanese firm to produce photographic film back in the 1930s. 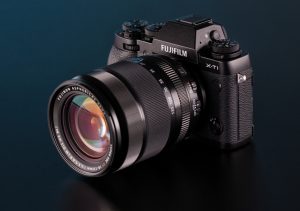 Fujifilm: one of several imaging firms to have evolved into healthcare and regenerative medicines. Image: iStock/luchschen

According to the firm, which only began offering CDMO services in 2011, the move into regenerative medicines has not been a ŌĆ£natural jumpŌĆØ but rather an evolution to the companyŌĆÖs goal to advance healthcare.

ŌĆ£This goes way back to 1936 when we launched our healthcare business with X-ray film,ŌĆØ a spokesperson from the company told BioProcess Insider.

ŌĆ£From then to today we have continued to evolve, from digital radiography, endoscopy, ultrasound systems, minimally invasive surgery and healthcare IT to pharmaceuticals, biopharmaceuticals, cell culture media and regenerative medicine.ŌĆØ

This is where entering the gene therapy space comes into play, as ŌĆ£gene therapies require a certain level of expertise and capabilities in both development and manufacturing,ŌĆØ we were told.

ŌĆ£A good example of this is FujifilmŌĆÖs advanced drug delivery technologies that use nano-particles designed to target diseases. The culture and know-how behind highly-skilled manufacturing of complex process of color film manufacturing, which requires precisely arranging over 100 types of compounds across 20 photosensitive layers in a thickness measuring just 20 microns, has allowed the company to be leader in the drug delivery space.ŌĆØ

ŌĆ£The same is happening in the gene therapy manufacturing space. The application of know-how from all these other areas are easily translatable to the cGMP production of complex therapeutics such as gene therapies.ŌĆØ

Fellow Japanese firm Nikon Corporation is also synonymous with photography but has been operating in the healthcare field since 2005. 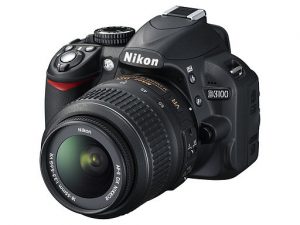 ŌĆ£Lonza wanted a Japanese partner and Nikon wanted to enter into the [cell and gene therapy] field,ŌĆØ Kim Raineri, VP of Operations at Nikon CeLL innovation told this publication. ŌĆ£That was the birth. We established a facility in Japan, in Tokyo to really become the premier provider of cell and gene manufacturing services.ŌĆØ

However, NikonŌĆÖs photographic and imaging heritage put the firm in a robust position to thrive in this field, he continued.

ŌĆ£NikonŌĆÖs microscope division has a long history in participating in cell culture activity. ThereŌĆÖs a research group focuses around stem cells, and work on other products such as the BioStation ŌĆō a cell culture observation system launched in 2007 ŌĆō which does real time monitoring of cell culture applications.

ŌĆ£So it was not a huge step, but it was a step in establishing a CDMO with a good partner like Lonza. I believe it is NikonŌĆÖs desire that it can deploy some of these technologies into the cell and gene therapy space as the field continues to grow,ŌĆØ Raineri continued. ŌĆ£Vision technology, real time monitoring of cell culture is an area which is not well developed and there are opportunities there that can be seized upon, and Nikon is in a good position.ŌĆØ

Another photography firm, Olympus Corporation, also had a stake in biopharma up until February 2014 when Olympus Biotech ended its operations. The firmŌĆÖs New Hampshire facility was later snapped up by Danish biopharma firm Novo Nordisk.

Meanwhile, there is a large crossover between the electronics industry and the biopharma space.

Samsung, through its Samsung BioLogics business, is one major example looking to compete with traditional CDMOs such as Lonza and Boehringer Ingelheim. Other examples include LG Corporation, which also has a life sciences division, and Sony which manufactures a range of flow cytometry reagents and pharma imaging instruments.