Allogeneic products may dominate the cell therapy sector thanks to tech and cost advantages but there will always be room for autologous treatments say experts.

Cell therapies are either allogenic ŌĆō derived from a universal donor ŌĆō or patient-specific, autologous products. The products treat disease in the same way, what differs is the types of immune responses they generate and the process used to make them.

And ŌĆō according to a panel of experts at the BPI East conference in September ŌĆō these differences that will ultimately will shape the development of the cell therapy market. 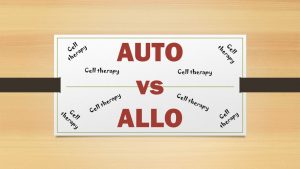 RoosterBio founder Jon Rowley told attendees ŌĆ£I do believe that they [allogenic and autologous therapies] are going to coexist, at least for the next 20 plus years. One of two things are going to happen, either our genetic engineering of cells or the body will allow us to reduce any immune rejection of allogenic cells.ŌĆØ

ŌĆ£Also, the allogeneic cost structure hands down beats autologous, so I think that the allogeneic model will win out, but, it’s going to take like 20 or more years.ŌĆØ

A less likely possibility Rowley says is that the cost of making autologous therapies ŌĆō which is usually higher than for making allogenic products because of their patient-specific nature ŌĆō is reduced.

ŌĆ£It is also just as possible that the supply chain really get worked out of the autologous model to the point that the difference in cost isn’t going to matter.ŌĆØ In such circumstances physicians and payors may favor the immunological and potency benefits of ŌĆ£self-products.ŌĆØ

This view was echoed by Armon Sharei, SQZ Biotechnologies CEO, who said ŌĆ£There are two problems to be conscious of with cell therapies. There’s the biology side, and then the manufacturing and logistic side of it.

ŌĆ£From a manufacturing and logistics perspective I think we would all agree allogeneic will always be faster and cheaper and from an accessibility standpoint than an autologous one could be. So it comes down to, on the biology side, how often would autologous be superior?

ŌĆ£And I think for many things, oftentimes, the auto will always be better biologically, because you don’t have to worry about the donor cells reacting to your body, or your body reacting to the donor cells. And there’s a lot more biological flexibility on what you could pursue with an autologous therapy.

ŌĆ£So I think that’s where auto will always exist, and then aloe to the extent possible for a certain cell therapy could be the kind of off the shelf alternative for itŌĆØ Sharei added.

Sharei also suggested growth of the point-of-care treatments ŌĆō in which the product is prepare or partly manufactured at the clinic ŌĆō would impact the balance of cell therapy market by improving access.

ŌĆ£Squeeze is working towards a point of care version of our system where you can make autologous cell therapies available on site. And if you can get to that point, with certain autologous therapies, you may kind of stop caring, whether it is allo or auto from a manufacturing, logistics standpoint in biology alone will be what matters.

ŌĆ£So in the end of the day, like at squeeze, you know, we don’t fundamentally care about auto versus aloe, but biologically, I think auto would tend to be the superior one, but you would do aloe if the biology allowed you to do it.ŌĆØ

Cenk Suman, Chief Technology Officer at Stemson Therapeutics, voiced a similar opinion, telling delegates that while there is room for both types of cell therapy at present but cost is a constraint for patient-specific products.

ŌĆ£We have to really consider making autologous, much more cost effective. And I like the idea of production by the bedside, essentially on site manufacturingŌĆ” At Stemson. We are considering both autologous and allo.ŌĆØ

For Ali Mohamed, vice president of CMC at Immatics Biotechnologies, the question is about the number of doses required.

ŌĆ£My concern about allo is that you are spreading the cells too thin, too much expansion. So you’re losing steam as you go. it’s a delicate balance to say, why am I trying to get away from autologous because: A, the patient salts are already cooked and they’re not suitable for cell therapy; B it’s going to cost me a lot of money to make a single lot from one patient to one patient.

ŌĆ£But the problem that you’re going to face with the allo is how much can you expand? You’re not going to get 500 doses out of one donor, you’re probably going to get 10 and potentially less and you may have to multi-dose because sooner or later these cells are going to get rejected.

ŌĆ£So 10 maybe 20 years from now we’ll say allogeneic are better. But as of today, autologous cells are better,ŌĆØ Mohamed said.