CDMO Minaris says it will be the commercial manufacturer for Skysona (elivaldogene autotemcel, Lenti-D), a second Bluebird Bio gene therapy approved by the European Commission.

The one-time gene therapy uses a patientâ€™s own hematopoietic stem cells (HSC) to treat the underlying cause of the neurologic condition CALD. SKYSONA uses ex vivo transduction with the Lenti-D lentiviral vector (LVV) to add functional copies of the ABCD1 gene into the HSCs. The addition of the functional ABCD1 gene allows patients to produce the ALD protein (ALDP), which is thought to facilitate the breakdown of VLCFAs. 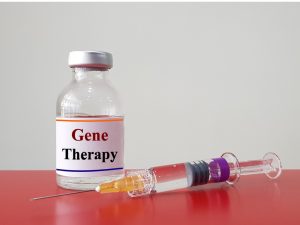 The news was welcomed by contract development and manufacturing organization (CDMO) Minaris (previously Hitachi Chemical Advanced Therapeutics Solutions, or HCATS), which will be the commercial manufacturing partner in Europe for the autologous gene therapy.

â€śWe are proud to contribute to the fight against this devastating disease in children and to support bluebird bio also with their second commercial productâ€ť, said Dusan Kosijer, CEO of Minaris Regenerative Medicine.

Bluebird entered into a contract with apceth Biopharma (acquired by Minaris in January 2019) in 2016 for the European commercial production of Lenti-D, with the CDMO providing dedicated GMP suites at its Ottobrunn facility, located near Munich, Germany.

Skysona is the second gene therapy product to win approval for Bluebird Bio after the EC approvedÂ ZyntegloÂ (autologous CD34+ cells encoding Î˛A-T87Q-globin gene, LentiGlobin) as a one-off treatment for beta-thalassaemia in June 2019.

Minaris (through apceth) is also producing Zynteglo for Bluebird in Europe from Ottobrunn.

The German facility boasts two GMP/BSL2 cell and gene therapy production facilities, including 600m2 of cleanroom area. However, the site is currently being expanded through a $40 million investment to add a 6,650 square-meter facility set to triple clean room capacity by 2023.

For US production, Bluebird entered a contract with CDMO Lonza in 2016 for both Lenti-D and LentiGlobin products from its facilities in Houston, Texas.