Seqirus says it will look to build large-scale manufacturing capacity to support its self-amplifying messenger RNA (sa-mRNA) ambitions in the seasonal influenza space.

Seqirus has long had a leading role in the seasonal influenza space through its portfolio of products, including both egg-based and cell-based vaccine.

But now the firm is stepping up its efforts to develop a flu vaccine based on mRNA, launching a dedicated program to support development of its next-generation sa-mRNA platform with plans to set up scaled-up manufacturing capabilities. 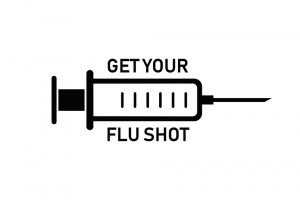 ŌĆ£Building large scale capacity for sa-mRNA manufacturing is really an incremental addition to our current manufacturing network. We are currently considering a number of global locations to establish scaled manufacturing capabilities for our sa-mRNA platform technology. Additionally, at our sites across the US, UK, and Australia, we are currently working to implement new programs to support sa-mRNA vaccine development and manufacturing, specifically.ŌĆØ

Investment specifics were not divulged but both Seqirus and parent firm CSL are committed to advancing the technology, and ŌĆ£are┬Āwell positioned to make strategic investments to accelerate the development of our next generation sa-mRNA influenza vaccine technology,ŌĆØ Duncan said.

mRNA has made the headlines over the past year due to its success in rolling out vaccines for COVID-19. Vaccines from Pfizer/BioNTech and Moderna have been administered to hundreds of millions, under Emergency Use Authorization (EUA), and this week the former received full US FDA approval.

ŌĆ£Seqirus is currently undertaking pre-clinical work on an sa-mRNA-based flu vaccine, with plans to initiate human clinical trials in the second half of 2022,ŌĆØ she said, before explaining how sa-mRNA differs from ŌĆśtraditionalŌĆÖ mRNA.

ŌĆ£Traditional mRNA vaccines help protect against infectious diseases by giving instructions to cells in the body to make a protein, stimulating the immune response and leaving a blueprint to recognize and fight future infection,ŌĆØ she explained.

ŌĆ£SeqirusŌĆÖ sa-mRNA is the next generation version of mRNA technology. Sa-mRNA also gives the body instructions to replicate mRNA, amplifying the amount of protein made, with the potential to use less antigen. In preclinical research, sa-mRNA technology demonstrated the potential to raise stronger cellular responses and generate significantly higher antibody titers at the same dose level as mRNA.ŌĆØ

While the firm is turning towards mRNA for future seasonal vaccines, Duncan said it will not replace other technologies and products both in development and on the market.

ŌĆ£We will continue to invest in our new technologies, as well as our existing technologies ŌĆō egg, cell and adjuvant ŌĆō to provide effective protection against influenza. We foresee multiple technologies will co-exist in the foreseeable future,ŌĆØ she said.

ŌĆ£Each of these technologies has demonstrated the ability to protect against influenza, and we see sa-mRNA as an important potential addition to our portfolio, not an instead.ŌĆØ