Singapore’s A*star wants to use micro-carrier tech to capture a share of the global stem cell manufacturing market.

Demand for stem cells has increased markedly in recent years, creating a significant opportunity for those willing to innovate to help industry address its manufacturing challenges according to Steve Oh from A*star.

ŌĆ£In a bid to do that, the Singapore government invested $80 million in three programmes to manufacture living cells as medicines,ŌĆØ Oh told delegates at the Cell and Gene Therapy Bioprocessing and Commercialization Virtual Convention. 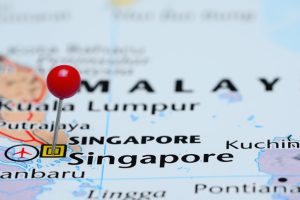 ŌĆ£The goal is to capture a portion of the cell therapy market, which is projected to grow significantly to 2022ŌĆØ he explained, adding ŌĆ£The program seeks to engage companies, multinationals to solve some of the process development problem.

ŌĆ£The goal is to grow an ecosystem in Singapore that will create high value jobs and grow the cell therapy manufacturing industry.ŌĆØ

One of the first innovations to emerge is a micro-carrier-based culturing system that allows stem cells to be grown in suspension rather than as a monolayer, significantly increasing yields according to a recent study.

Oh said ŌĆ£With a suspension culture approach we believe we can simplify the process. Instead of having multiple trays to handle batches of cells, we now put the cells on microcarriers and put them in increasing volume bioreactors from 1 to 50 litres.ŌĆØ

The ability to increase reactor size is what drives up yields Oh continued.

ŌĆ£And finally, to a 50 liter, same density harvest rate, each 50 liter batch could potentially yield 70 billion cells, which is a significant number for use in therapeutic applications. This allows us to scale volumetrically, automate monitoring and have better control of the media feeds and therefore reduce cost of goods.ŌĆØ

Microcarrier technology is also key to the automated clone selection platform A*Star has developed according to Oh.

ŌĆ£We have developed a microcarrier based method of reprogramming and selecting iPSCs from T cells, fibroblast, CD34 and MSCs. We use microcarriers as a means to pick up reprogrammed iPSCs and then these are passaged repeatedly to create stable iPSC lines that can be expanded and differentiated to a variety of lineages.

He explained that conventional methods require reprogrammed cells to be placed on plates as a monolayer. Colonies with the desired characteristics are then selected by hand and transferred them multiwall plates.

ŌĆ£The way we automate the process is to add the four reprogramming factors and allow the cells to mix in culture. Only reprogrammed cells attach to the surface of the microcarriersŌĆ” then we transfer the microcarriers to 96 well plates which can be done by hand or an automated picker.ŌĆØ

The selected cells are then grown in suspension. After 5 weeks there are enough colonies to bank, conduct quality tests and begin the differentiation process at the same time, which is a significant advance over current methods Oh said.

ŌĆ£Compared to monolayer based reprogramming using the same Sendai virus we see that we can increase the yieldŌĆ”so the average number of clones we can isolate in a shake flash is about 200 versus about 50 picks from a monolayer in the standard approach.ŌĆØ