Inovio says the long shelf life and tolerance to heat of its DNA vaccine candidate could set it apart from the mRNA, protein, and viral-based COVID-19 vaccines in development.

InovioŌĆÖs COVID-19 vaccine INO-4800 is composed of synthetic, circular DNA plasmids that encode parts of the viral protein. The candidate is in Phase I trials but Inovio is looking to initiate Phase 2/3 studies later this month, subject to US Food and Drug Administration (FDA) clearance.

The candidate┬Ālags behind other candidates in terms of development and funding. The frontrunners in OWS are AstraZenecaŌĆÖs ADZ1222, Pfizer/BioNTechŌĆÖs BNT162b2, and ModernaŌĆÖs mRNA-1273, all in Phase III trials. 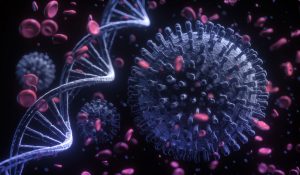 Add to this that INO-4800 uses a patent-protected formulation to increase its stability further, Kim tells us that the candidateŌĆÖs thermo-stability profile will be unique. Other DNA vaccines in its pipeline have demonstrated a shelf life of more than a year at room temperature, and five years when refrigerated. Even in tropical climates, InovioŌĆÖs vaccines can remain stable for more than 30 days, Kim says. For INO-4800 therefore, the absence of a cold-chain and the complexities and risk of managing one could make it a gamechanger in the COVID-19 vaccine space.

As INO-4800 prepares to move through the clinic, Inovio has added Thermo Fisher to a growing list of contract development and manufacturing organizations (CDMOs) it is working with in its aim to produce 100 million doses next year.

Inovio has no manufacturing capabilities of its own, but has inked deals with GermanyŌĆÖs Richter-Helm BioLogics and Alachua, Florida-based Ology Bioservices to support the vaccine.

Thermo Fisher joins this consortium, adding both DNA plasmid drug substance and drug product capabilities from its US network, and as Kim tells us ŌĆ£itŌĆÖs great to have them aboard.ŌĆØ However, Kim adds, the dealmaking will not stop here with plans afoot to bring on additional CDMOs going forward.

One CDMO which the firm wonŌĆÖt be working with anymore is VGXI, a subsidiary of GeneOne Life Science. The CDMO scaled-up production of the vaccine from its facilities in The Woodlands, Texas earlier this year to enable Phase I trials but has since been accused by Inovio in a lawsuit of refusing to pass on the technical know-how to manufacture INO-4800 to InovioŌĆÖs other third-party partners.

Kim, unsurprisingly, will not comment on the lawsuit as it is still ongoing, but does say that VGXI is, again unsurprisingly, no longer part of InovioŌĆÖs plan to produce INO-4800.

ŌĆ£For reasons unknown to VGXI, rather than continue working with VGXI to achieve accelerated manufacturing levels, Inovio has instead filed this court action to try to take VGXIŌĆÖs intellectual property.┬Ā Inovio is in breach of its obligations under the Supply Agreement, and VGXI provided Inovio a notice of termination on May 7, 2020.ŌĆØ

One thought on “Thermo-stability could give DNA vaccine advantage in COVID-19 race, says Inovio”